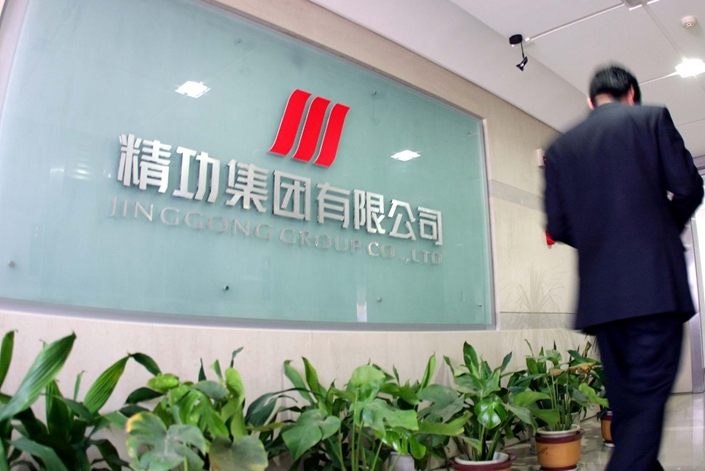 A privately owned enterprise in eastern China active in a shady corner of China’s bond market has defaulted on 1 billion yuan ($145.4 million) in short-term debt that came due on Monday.

The default of Jinggong Group Co. Ltd. illustrates the difficulties now faced by private companies that have relied on an unusual financing method known as structured bond issuances, particularly amid the government’s ongoing drive to get corporate debt under control.

The Zhejiang province-based company couldn’t come up with the money to repay the short-term commercial paper, a type of debt instrument, due to factors including the government’s deleveraging policies, one of its listed subsidiaries, Zhejiang Jinggong Science & Technology Co. Ltd., said in a filing (link in Chinese) to the Shenzhen Stock Exchange.

Founded in 1968, Jinggong Group runs businesses ranging from property and steel structure construction to aviation to wine making. The group ranked 229th (link in Chinese) by revenue among privately owned Chinese enterprises in 2018, according to the All-China Federation of industry and Commerce, a government-backed chamber of commerce.

Jinggong Group still has 11 outstanding bonds worth 5.6 billion yuan in total, according to Caixin’s calculations based on public data. Of particular note, the company issued debt in an unusual manner known as a “structured bond,” according to source in the bond market familiar with the company. “Jinggong is a large issuer of structured bonds, and should have defaulted long ago,” the source told Caixin.

In a structured issuance, a bond issuer buys a portion of their own offering to inflate the issuance size in order to attract investors, Caixin previously reported. It is known as a creative way for some companies to secure funding they couldn’t otherwise obtain based on their credit ratings. Although structured bond issues aren’t technically illegal, some top regulators have voiced misgivings.

Even before the default, warning signs were flashing for Jinggong Group. In April, Dagong Global Credit Rating Co. Ltd., a Chinese ratings agency, put the company on a credit watch list, citing the group’s declining profit, debt disputes and subsequent court-ordered freeze of its stakes in Jinggong Science & Technology and Kuaijishan Shaoxing Rice Wine, Dagong said in a statement (link in Chinese) at the time.

On Monday, Dagong lowered (link in Chinese) Jinggong Group’s issuer rating to AA- from AA+ and changed the ratings outlook to negative.

At the end of March 2018, Jinggong Group provided guarantee for an outstanding 2.9 billion yuan of financing, mostly for affiliated or Zhejiang-based companies, Dagong said in the April statement. Some of the companies had been put on a blacklist for individuals and corporations with poor credit, including one that had applied for bankruptcy.