Editorial: How to Resolve Pension Anxiety 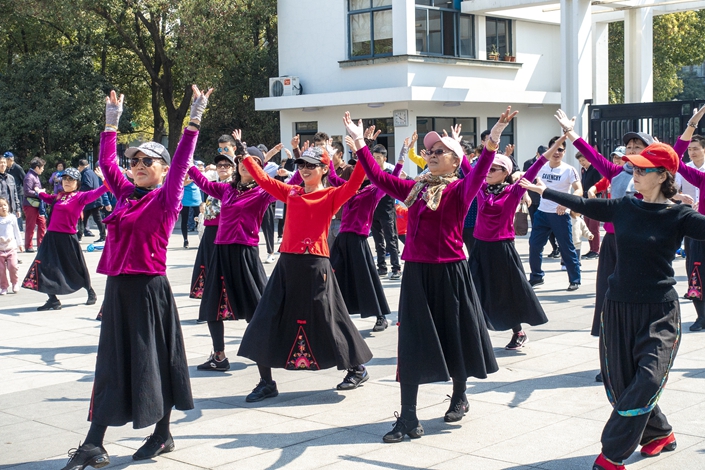 A pension study released a few months ago has once again triggered widespread anxiety. Internet media have quoted the content of the report from the Chinese Academy of Social Sciences with eye-catching headlines such as “Pensions will run out by 2035” and “Post-80s generation may not have pensions available, young people must start planning as soon as possible.” Officials from the Ministry of Human Resources and Social Security said that such reports do not have a full understanding of China’s pension system. The July 10 State Council Executive meeting ensured that China’s social security funds have been on a smooth course, that payments will be made in full and on time, and required local governments to take on the responsibility of basic pension provision and ensure that no household falls behind, a seeming response to the anxiety of elderly care.

Pensions are a major concern for every family and individual. With the development of China’s economy, pensions are not only a livelihood issue, but are also one of the main channels of tax reduction and fee reduction. They also constitute an important part of the macroeconomic foundation and are a powerful starting point for transforming economic kinetic energy. At present, when the pressure on pensions is sharply increasing and reform to the pension system is facing difficulties, it is easy to induce group anxiety. This kind of social psychology may have an amplification effect, but the phenomenon itself deserves serious consideration by the relevant departments and reflections on why it recurs. As early as April, after the publication of the aforementioned report, there was much discussion and the head of the Ministry of Human Resources and Social Security has responded. Nobody has expected that the anxiety will return so soon. The root of the anxiety around pensions is clearly the lack of a clear outline or map for reform to the pension system. As downward pressure on economic growth increases, such uncertainties are more likely to translate into anxiety.

The pension problem has been exposed, but there are differing opinions on how to fundamentally solve this problem. The disputes between the defined contribution model and the defined benefit model seem to have been put on hold, but it cannot be bypassed. It is imperative that the overall planning level of basic pensions for urban workers is upgraded. The central adjustments to the fund system have been implemented and the national plan is scheduled to be launched in 2022. However, even at the provincial level, there are many obstacles, and many provinces are still using the provincial-level dispensing model. The eagerly-anticipated allocation of state-owned assets to social security funds has been slow and have been criticized. These uncertainties severely weaken people’s confidence in the pension system.

Social security is a difficult problem around the world, and the pension system is the most complex part. China is experiencing a systemic transition and facing many historical problems. We must look ahead, adjust where necessary, coordinate around the whole country, and look towards the future. Governments at all levels have been trying hard to find ways to launch new initiatives from time to time. However, to measure the effectiveness of these efforts, the most important thing is to see to what extent they solve the problems, or at the very least prevent and mitigate risks. It cannot be said that the results of reform so far have not met the needs of economic and social transformation, which have become the root of pension anxiety. To speed up the pace of pension reform, we need a clear plan and steps and more tangible actions. The more we delay, the more passive we are.

Pension reform should give more prominence to the unified planning and overall design of the central government. This reform has already passed the stage of “crossing the river by feeling the stones,” and the way that departments and localities separately explore should come to an end. The central government should assume the leading responsibility. The basic system of pensions must be unified throughout the country. The central government has to make a decisive decision on a difficult issue. From the perspective of the evolution of the pension system, the lessons are common. For example, the provinces chose their own proportion for individual contributions, which caused a lot of trouble for future integration later. The more full the central government’s leading role, the more consistent people’s expectations will be. Typically, the overall planning for the whole country will naturally have problems due to the uneven funds of each province. This can only be solved with help from the central government.

Clear expectations require clear solutions. Difficult problems should be brought to light earlier. In pension reform we should neither fear nor evade controversy. The most terrible thing is to suppress controversy. Unfortunately, many pension reform issues have long been in a state of ambiguity. For example, in view of the world trend, extending the legal retirement age and the minimum payment period have been means to solve pension problems in various countries. In China, this argument is still only whispers — but even whispers trigger discussion. It is obviously preferable to face the controversy in the open and formulate a gradual reform plan as soon as possible so that the public may have clear expectations.

The government should work most to avoid populist tendencies when it comes to the issue of pensions. The lessons of many Latin American countries show that disregarding the long-term interests of the people may win short-term applause but will ultimately ruin the long-term development of the country. Social welfare has a “ratcheting effect,” which means it rises easily and but falls with difficulty. The level of pension security must conform to a country’s level of economic development. Adjustments to increase pension benefits should be decided by the actuarial income and expenditure. Excessive appetites will only make it difficult for the government to make subsequent adjustments. In China, inappropriate ways of calculating the average social wage in some places coupled with rising wage levels of central enterprises and in the financial industry have led to high local pensions, which is certainly unsustainable. Social security is an issue which can act as a ruler by which we can measure whether politicians have long-term views.

Fundamentally speaking, the prospects of China’s social security system lie in overall economic development, especially in the quality and efficiency of growth. If we can maintain medium and high-speed growth, pensions will always have pressure but will be stable. If economic growth stalls unexpectedly and there is no effective reform now, the pension problem may trigger unpredictable risks. Facing pension anxiety, the heads of relevant departments have repeatedly come forward and claimed that the central government attaches great importance to the issue of pensions. This is clearly intended as reassurance. Nevertheless, it needs to be seen and understood by the public. To alleviate pension anxiety, we must reform faster than serious problems develop.