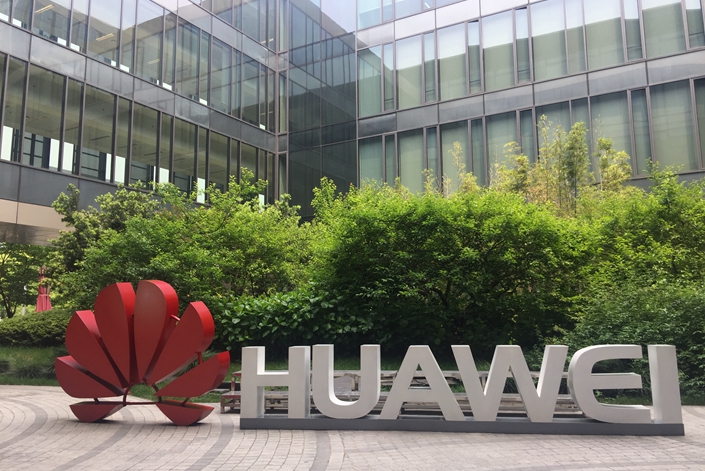 Chinese telecom giant Huawei is teasing the launch of product that it has repeatedly refused to confirm is a television.

Huawei Technologies Co. Ltd. announced a big-screen product dubbed “The Smart Screen” on Monday in a move that many industry observers see as indirectly confirming long-running rumors that it’s getting into the smart TV business.

During a new product briefing, the Chinese company announced that it will officially launch The Smart Screen early next month, without specifying details such as the device’s size, price and suppliers. The product will be branded under Honor, Huawei’s consumer electronics arm.

Honor’s President Zhao Ming said at the event that the product will illustrate where the TV industry is going in the future. An Honor spokesman, however, declined to confirm whether the product is in fact at television, though he did acknowledge that it could be connected to cables that deliver TV signals.

Huawei’s insistence on only calling the device “The Smart Screen” is a marketing strategy to differentiate it from other TVs on the market, said an industry source who asked not be named.

Rumors have persisted for months that Huawei plans to enter the smart TV business. Caixin reported in January that Huawei was set to roll out a smart TV as early as the second quarter of this year.

Smart TVs can provide video content from their own online platforms and from partners that offer streaming content. The devices are usually priced less than traditional televisions. In 2017, smart TVs dominated the television market with an 86% share, according to Beijing-based data firm All View Cloud.

It makes sense for Huawei to enter the smart TV business, according to home electronics analyst Liu Buchen. Liu said Huawei has already been selling consumer electronics products, including smartphones, tablets and notebook computers, so adding TVs only furthers its ambition of creating a lineup of internet-connected products.

Zhao said his company has been studying the TV business as far back as 2015 and was in talks with several TV-makers in 2018. In January, Caixin reported that Huawei had been recruiting research and development personnel and salespeople from seasoned domestic TV-makers like Skyworth Group and TCL Corp.

Liu said Huawei has the technological capability to produce its own smart TVs. Many Chinese TV manufacturers use chips produced by its subsidiary Hisilicon, Liu noted.

However, Huawei’s foray into the TV manufacturing comes at a time when the industry has faced an increasingly saturated market. Last year, revenues of TV sets sold in China dropped 11.4% to 142.1 billion yuan on retail sales of 46.5 million units, according to statistics from consultancy China Market Monitor.

Amid the fierce competition, companies including conventional TV-makers such as Skyworth and tech firms like Xiaomi Corp. have for years raced to lower prices in order to grab more of the market.

The new Huawei product could increase the industry’s slender profit margin if it brings enough added value to the industry, said an executive from one TV-maker who spoke on condition of anonymity.

Zhao Runhua and Isabelle Li contributed to the report