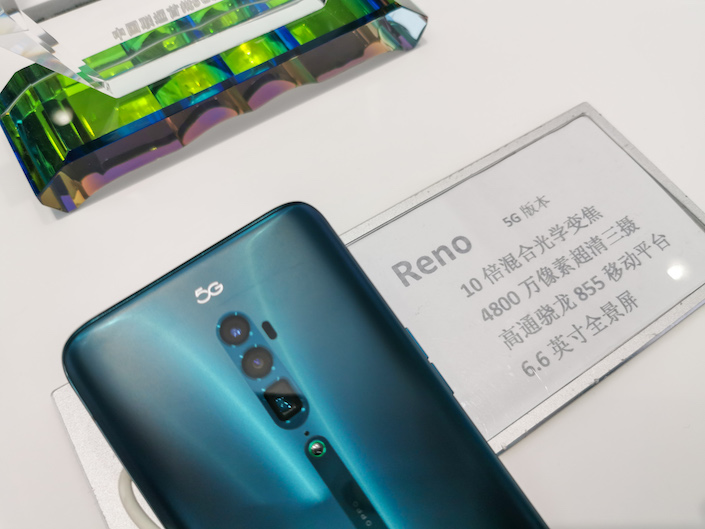 Chinese smartphone maker Oppo has become the latest to receive the so-called China Compulsory Certification (CCC) — a quality certificate — for 5G handsets, according to government data.

Though the official records — from the China Quality Certification Centre — only show qualified phones’ tech specifications instead of model names, Oppo said on its Twitter-like Weibo account that its Reno handset had reached this stage of 5G authorization.

In addition to Reno, seven handsets from four other Chinese smartphone manufacturers — OnePlus, Vivo, ZTE, and Huawei — have received the certification. Four of the models are from Huawei, the results show.

According to Chinese regulations, a smartphone must receive three key official documents before their market debut: the CCC qualification, a network access certificate, and permission to operate the wireless device.

Reno is also one of the two models that have been granted network access so far. Another is Huawei’s Mate 20 X.

However, the CCC data do not include Xiaomi, from which the state-owned network provider China Mobile has agreed to purchase 2,000 5G smartphones. Xiaomi said it will apply for permission to test the device next week.

An earlier version of this article incorrectly said that Xiaomi planned to test its device next week. In fact, the company plans to apply next week for permission to run tests.

Related: By 2023, Most Smartphones Shipped In China Will Be 5G: Analysts