Why a Chinese Firm’s Deal to Buy U.S. College Couldn’t Get in Tune

By Xie Wenwen and Ren Qiuyu 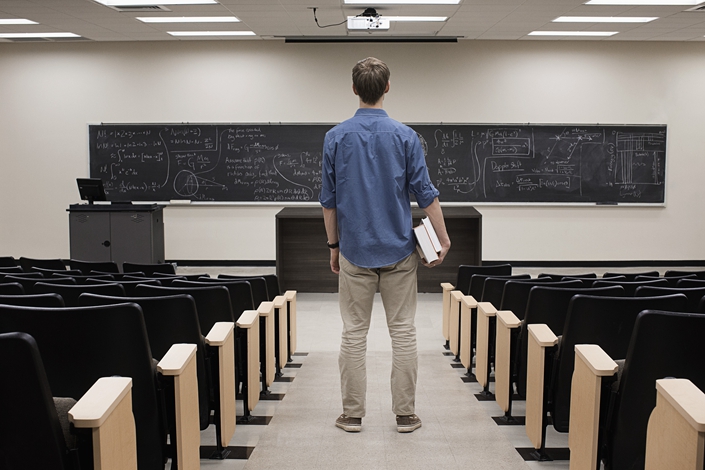 A failed deal is testing the latest trend for Chinese companies looking to invest overseas.

In recent years, Chinese education companies have eagerly snapped up schools overseas, most recently evidenced by the acquisition of a U.K. operator of private schools by Bright Scholar Education Holdings Ltd., an operator of international and bilingual schools in China.

Shortly before that acquisition deal was finalized, however, another major deal fell through.

Beijing Kaiwen Education Group, which runs K-12 schools, announced earlier this month that a deal with Rider University, a private, nonprofit college in New Jersey, has been terminated. Opponents cheered the end of the deal.

Kaiwen had agreed to acquire Westminster Choir College (WCC), a music conservatory, in June last year, along with two of Rider’s other schools. Rider’s board announced in March 2017 that it was seeking buyers for the prestigious college, which trains students to become singers, conductors, music teachers and music ministers. The board stipulated that the college must stay on its current campus in Princeton, New Jersey.

Acquired by Rider in 1991, the college has its own history of nearly 100 years. It dates back to the Westminster Choir at a Presbyterian church in Ohio founded in 1920, followed by the establishment of WCC in 1926.

The June 2018 agreement with Kaiwen would have seen the Chinese company receive all of WCC’s tangible and intangible assets, real estate, ownership and interest rights, and more, as well as the $19 million endowment. For its part, Kaiwen promised to invest $16 million into the college within five years of its acquisition, maintain its current academic program for at least five years, and keep WCC in Princeton for at least 10 years.

However, the terms were not enough to placate the deal’s opponents. In June 2017, shortly after Rider announced that it was looking for buyers, a group of WCC parents, alumni and donors filed a lawsuit against Rider for violating the terms of the 1991 merger agreement between WCC and Rider.

In February, another stakeholder, the Princeton Theological Seminary, filed a lawsuit arguing that Rider’s decision to sell the college did not adhere to the stipulations of the long-dead donor who gave WCC its current campus. The seminary also said that it could take back the campus if Rider could not continue to carry out the school’s mission.

Others opposed to the sale say that the decision to sell was based on the private interests of Rider’s board. The university has struggled since the 2008 financial crisis, with enrollment dropping by 12% since then through October 2018. Slumping cash flow has led to tightened budgets.

Jeffery Halpern, a professor at Rider and member of university’s chapter of the American Association of University Professors, claimed that in fact the university’s net worth had actually increased in recent years. He said that faculty members were opposed to the “secret nature” of the process.

WCC alumni and donors had also expressed concern that Kaiwen had never run an institute of higher education and had no experience in professional music. Some argued that it wouldn’t be appropriate for an American music conservatory that has close religious associations to be run by an organization partially owned by the officially atheist Chinese government. Other opponents speculated that the true intention behind the deal was to acquire the land on which the college sits.

At the end of March, the New Jersey Attorney General’s Office filed an opinion with the court presiding over both lawsuits. It said that the WCC campus must continue to be used for its mission or be transferred to the seminary, according to the stipulations from the land owner. It also questioned if the proposed sale was intended to benefit WCC or whether it was motivated by “any element of self-interest.”

Ultimately, the attorney general said that the explanations and information provided by Rider University regarding the sale were insufficient and that it could not judge whether the sale agreement violated the 1991 merger.

While the deal’s opponents celebrated its failure earlier this month, they are still unhappy with Rider’s stated plan to integrate WCC operations onto the university’s campus in Lawrenceville, New Jersey, beginning in September 2020.

Rider and Kaiwen have agreed to continue to cooperate in “academic and artistic initiatives” over the next three years.