By Wu Yujian and Lin Jinbing 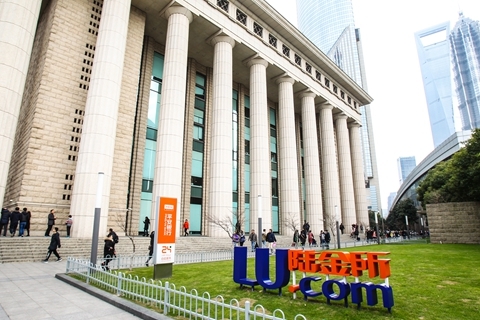 Lufax completed its Series C round of financing at a valuation of $39.4 billion. Photo: VCG

Chinese fintech unicorn Lufax Holding Ltd. is considering shedding its once high-flying but controversial peer-to-peer (P2P) lending business as it considers a public listing, but no final plan has been set, Caixin learned.

P2P lending, which used to be a boon for individuals and businesses in urgent need of money, has come under intensified government scrutiny in recent years amid a spate of fraud cases, which were in part due to slack supervision.

Lufax has long mulled spinning off the P2P business as the operation could be an obstacle to a listing, a source with a P2P lending firm based in the southern coastal city of Shenzhen told Caixin.

Lufax is now under relatively high pressure to complete an initial public offering, Che Ning, an expert of internet finance, told Caixin. The uncertain prospects of the P2P lending industry have increasingly weakened its insistence on operating a P2P business, Che said.

Shanghai Lufax Internet Finance Information Services Co. Ltd., a subsidiary operating the P2P lending business, is trying to bring down outstanding loans under its management and cut the numbers of lenders and borrowers in accordance with industry-wide regulatory requirements, Lufax said in the release. The release added that Shanghai Lufax’s online lending business is operating as normal.

“Not any single (P2P lending) firm is reassuring,” an industry source cited Shanghai’s financial regulators as saying. The Shanghai authorities are quite negative about P2P lending platforms, including big players like Shanghai Lufax, multiple industry insiders told Caixin. In contrast, Shenzhen’s financial regulators hold a different attitude toward the industry, they said.

At the end of June, Shanghai Lufax (link in Chinese) managed 98.4 billion yuan ($14.3 billion) in outstanding loans and Qianhai JinniuDai (link in Chinese), 68.1 billion yuan, making them two of the largest P2P lending platforms in China. It’s not clear how Lufax will deal with the relationship between the two subsidiaries.

Lufax has yet to make a final decision on how to transform itself, several P2P lending industry insiders said.

In China, P2P lending businesses are subject only to registration, which means they generally face looser regulation than that for licensed financial institutions.

Earlier this month, regulators overseeing the country’s internet finance sector said at a meeting that they would allow a small number of P2P lending firms with sufficient capital and professional management capabilities to apply for licenses for consumer finance or online microlending companies.

However, it’s quite difficult to get a consumer finance license because of high thresholds, and there is still no clear nationwide regulation for online microlending companies, a senior executive of a P2P lending business said.

Currently, no P2P lending enterprise has gained approval to transform itself into a consumer finance or online microlending company.

Since 2010, China’s banking regulator has issued fewer than 30 licenses for setting up consumer finance businesses. The watchdog requires every such company to put up a minimum of 300 million yuan in registered capital, which is higher than for most microlending companies.

Besides P2P lending, Lufax also runs other online wealth management operations. At the end of last year, it had 375 billion yuan of loans under management, according to Ping An’s annual report.