Toyota, BYD in Tie-Up to Develop Electric Vehicles for China 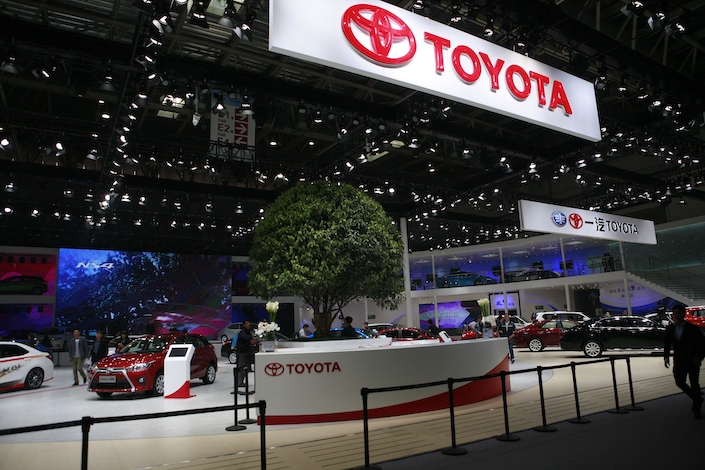 Toyota Motor Corp. and BYD Co. agreed to jointly develop electric vehicles in China, the latest in a series of deals between a major global automaker and Chinese manufacturer.

The two companies will work together on electric sedans and sport-utility vehicles with the goal of introducing them during 2020-2025, they said Friday in a statement. The partnership also includes the development of batteries for the vehicles, they said.

The partnership underscores Toyota’s ambitions to use electric vehicles to break into China, the market where the company remains a laggard. The carmaker is seeking to narrow the gap with rivals including Volkswagen AG and General Motors Co. in the next decade, which has fueled a global race to secure battery supplies. This week, Toyota announced a deal to buy batteries from Contemporary Amperex Technology Co. Ltd., China’s largest EV battery maker.

After years of focusing on hybrid and fuel-cell technology, Toyota is embracing all-electric cars. The maker of the Prius is now forecasting annual sales of 5.5 million EVs globally in 2025, after moving up its prior target by five years.

In 2008, BYD became the first company to sell mass-produced plug-in hybrid vehicles. BYD’s sales of EVs have been ranked No. 1 in the world since 2015.

Other global automakers working with Chinese manufacturers include Volkswagen and Ford Motor Co. VW is working with Anhui Jianghuai Automobile Co., while Ford has teamed up with Anhui Zotye Automobile Co. Renault SA this week said it will invest $144 million in a venture with Jiangling Motors Corp. to develop EVs in China.