By Zheng Lichun and Jason Tan 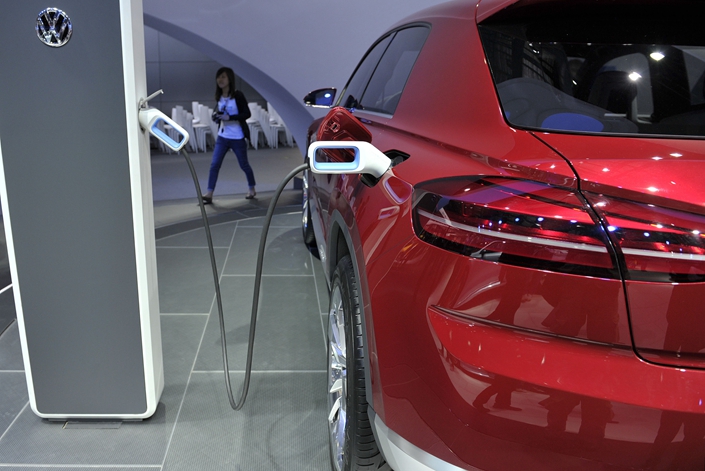 China’s electric-vehicle charging sector is set to get another jolt as Volkswagen AG has connected with local partners in an effort to tap the rapidly growing domestic market.

The German auto giant announced Thursday it has launched a joint venture to offer more charging facilities across the country to help it meet its goal of selling 1.5 million electric vehicles (EVs) annually in China starting in 2025.

In April, Volkswagen said more than half of the 22 million electric cars that the company aims to sell will be produced domestically by 2028, and that it will roll out 14 electric models in the Chinese market this year.

It added that it will launch a new charging infrastructure joint venture “to lay the foundation for wide acceptance of e-mobility.” It did not elaborate.

CAMS plans to fork out 5 billion yuan in investment over a five year period, Caixin has learned.

Volkswagen is China’s largest foreign automaker by sales. It has two other joint ventures, both of which manufacture conventional internal combustion vehicles — one venture with FAW and another with SAIC Motor Corp. Ltd. The German automaker set up an EV venture with JAC in 2017.

Building EV-charging infrastructure is a capital-intensive business that doesn’t generate quick returns. Teld started its foray into EV charging in 2014 and has shelled out 5 billion yuan in investment to date. The company said in April that it finally made it into the black in 2018, after losing 600 million yuan on total during its first four years in business.

As of the end of June, Star Charge had installed 86,000 charging stations across the country, according to data released Wednesday by the China Electric Vehicle Charging Infrastructure Promotion Alliance. Star Charge told Caixin that it has yet to turn a profit.

CAMS plans to build its own charging stations or lease them from Star Charge, according to Weiming Soh, executive vice president of Volkswagen. He didn’t offer a breakdown.

As of the end of June, the number of charging piles in China totaled slightly over 1 million, a jump of nearly 70% from a year earlier, the alliance said.

China has said it aims to have 4.8 million charging piles installed by the end of 2020.