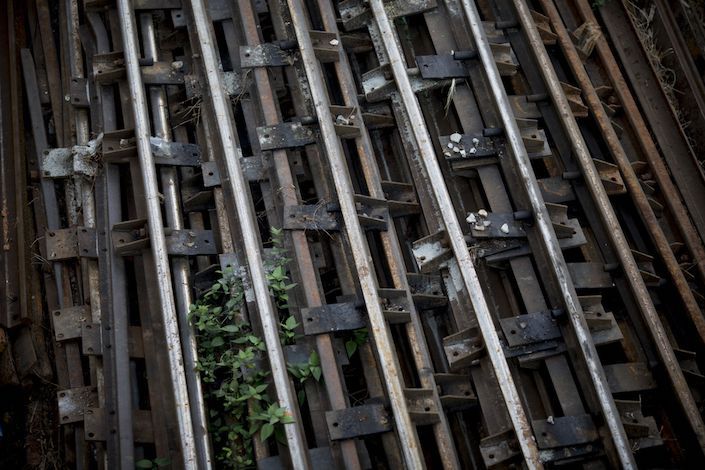 The rail project is one of several infrastructure projects that Mahathir has sought to revive to help stoke economic growth. Photo: Bloomberg

The rail project, led by China Communications Construction Co. and Malaysia Rail Link Sdn., was canceled a year ago by Prime Minister Mahathir Mohamad’s new government after he balked at the 65.5 billion ringgit ($16 billion) cost. He revived talks later and in April struck a deal with China to slash the price tag to 44 billion ringgit.

Malaysia hopes “the ECRL will bring economic benefits to the country, not just in construction, but that it would also connect all the railway tracks to the ports,” Transport Minister Anthony Loke said Thursday at the project relaunch in the east coast state of Terengganu. “The shipping and logistics industry would certainly enjoy more encouraging industry growth.”

The rail project is one of several infrastructure projects that Mahathir has sought to revive to help stoke economic growth after a wave of spending cuts and a corruption crackdown last year following his election victory. For China, the resumption may be a boon for its Belt and Road Initiative. Asian governments from Myanmar to Maldives have reassessed BRI investments amid concerns over sovereignty and large borrowings.

The 640 kilometer rail will connect Peninsular Malaysia’s eastern coast, whose economy lags the wealthier western coast, to states near the capital of Kuala Lumpur when completed in 2026. The amended deal increases local contractors’ participation while realigning certain routes.

Malaysia will sign a supplementary agreement soon with Export-Import Bank of China that will reduce the interest cost of its loan for the East Coast Rail Link project, Loke said. The Exim Bank loan is to finance 85% of the 44 billion ringgit project, he said.

The project’s cost had ballooned as construction began. The finance ministry estimated the price tag could reach as much as 81 billion ringgit. Mahathir said the original cost was inflated and would have been lower if the deal — inked during his predecessor Najib Razak’s time as part of China’s Belt and Road Initiative — has been offered through an open tender.