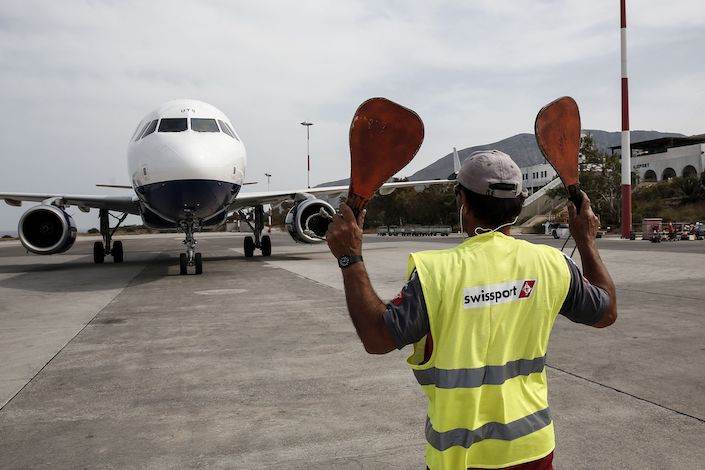 The company plans to use about 712 million euros of the proceeds to repay existing term loan facilities, it said. It will deploy about 628 million euros to fully redeem outstanding existing notes of Swissport Financing issued in 2017. Swissport reported 3% growth in revenue for the three months ended June 30 while its earnings were largely unchanged.

HNA, which bought Swissport for 2.73 billion Swiss francs ($2.8 billion) in 2015, previously held talks to sell the division to potential bidders including Brookfield Asset Management Inc. and Cerberus Capital Management, people familiar with the matter said. The Chinese company is working to sell billions of dollars in assets after an acquisition spree left it with one of the highest levels of corporate debt in China.

While the company’s debt refinancing is the main focus, a potential sale of the company has not been ruled out, people familiar with the matter said. A spokesman for HNA declined to comment.

Swissport, which also offers ticketing, cabin cleaning and aircraft maintenance, had previously been slated for an initial public offering before the consideration of a sale. The conglomerate decided to postpone the share sale last year, citing a volatile market.