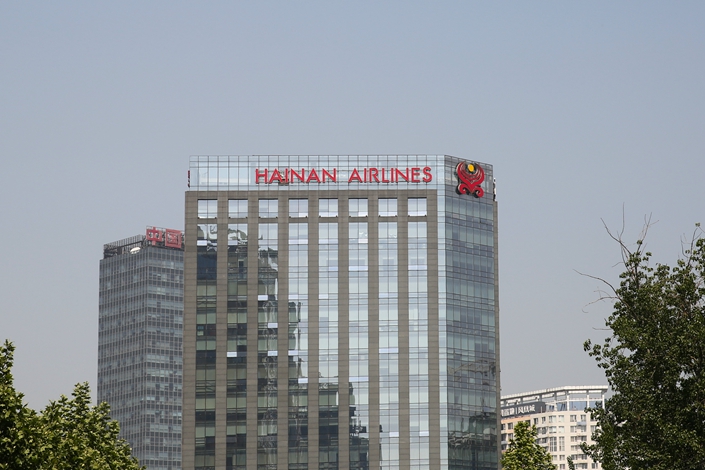 HNA Group will sell a major Beijing office building at a renegotiated price to real estate giant Vanke after shareholders rejected an earlier deal, marking the latest asset sale for the debt-laden company.

The latest deal will see one of HNA’s building management units sell 75.1% of the property to a unit of China Vanke Co. Ltd. for about 1.3 billion yuan ($189 million), according to a late Friday stock exchange filing (link in Chinese) by Hainan Airlines Holding Co. Ltd., HNA’s flagship airline. Vanke had agreed to buy the other 24.9% of the building last month through a 430 million yuan capital injection into the property’s owner.

The acquired building has 39,100 square meters (420,860 square feet) of floor space, according to an asset assessment report, and is currently home to Hainan Airlines’ Beijing operations in the city’s Chaoyang district. The property management company that officially owns the building has assets of 1.74 billion yuan and 444 million yuan in debt, giving it net assets of about 1.3 billion yuan.

HNA had originally planned to sell the building to Vanke last September for about 1.3 billion. But some shareholders resisted, saying the price was too low, and asked for negotiations to be reopened. The latest deal has been approved by the company’s board, but must still receive shareholder approval.

The sale is the latest in a long string for HNA, which is one of the highest-profile among a group of Chinese conglomerates that accumulated billions of dollars in assets both at home and abroad in major buying sprees over the last seven years. Many of those have been forced to sell off those assets since Beijing launched a debt clampdown against the group two years ago.

Others in the group include real estate and entertainment conglomerate Wanda Group, as well as Anbang Insurance, which has been taken over by the government.

HNA’s building sale marks one of the latest transactions from its core travel and tourism business. In late June the company signed an agreement with Beijing Tourism Group to reorganize their Capital Airlines joint venture, making Beijing Tourism Group the controlling shareholder. Earlier that month, HNA announced a similar reorganization by handing over controlling rights to its partner in GX Airlines, a carrier based in Southwest China’s Guangxi Zhuang autonomous region.

The company has also been selling off assets in some of its newer areas including finance and technology. Earlier this year it sold off its stake in Guangdong province-based brokerage Lianxun Securities, and it is reportedly looking to sell Ingram Micro, the U.S. computer component distributor it acquired for $7.5 billion in 2016.