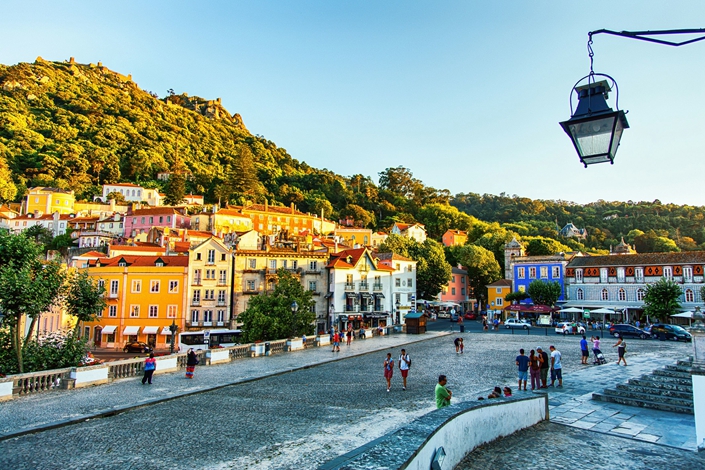 My family and I spent a pleasant week in Portugal, in part so I could give a talk at Nova University of Lisbon, in part to watch my daughter learn to surf on the country’s marvelous waves, in part to visit friends, and in part to see the Western-most point of the Eurasian land mass.

Portugal, which has a population of about 10 million, was one of four European countries caught up in the so-called euro crisis of 2010 to 2013. It was subject to economic austerity through a program imposed by a “troika” consisting of the European Commission in Brussels, the European Central Bank in Frankfurt, and the International Monetary Fund in Washington, in exchange for financial support from those institutions. (The other three were Greece, which received most of the attention, Ireland and Cyprus, with much larger Spain and Italy also under stress but without formal programs.)

Since that crisis, the Portuguese economy is doing much better, having achieved a growth rate of 2.8% by 2017. It has since declined to an expected 1.7% in 2019, largely due to less favorable external environment, but still above its expected long-term annual growth of 1.4%. It is however doing less well than its neighbor Spain, whose economy is now attracting job-seeking immigrants from Latin America, Africa and even Portugal.

Portugal’s recovery was aided in part by investment from Chinese firms, both private and state-owned, which now totals more than $10 billion — disproportionate for an economy the size of Portugal and nearly the highest in per capita terms. Concretely, Chinese firms have major investments in Portugal’s electricity supply and distribution, insurance (Portugal’s largest insurance company), hospitals, real estate, air transport, media and hotels. Why so much Chinese investment in Portugal? Under the financial and budgetary crisis, Portugal was obliged by the Troika to sell state-owned assets. Also, prices of most assets were depressed during the crisis, leaving potential buyers in a good position. But Chinese firms generally outbid other potential buyers, paying a market premium. On strictly commercial grounds they must have judged that yields on these purchases would be higher than yields on comparable investments in China at the time, where yields on post-2006 investments had been steadily falling. Only time will tell whether the gains on investments in Portugal will exceed those on investments at home during that period. China’s outbound direct investment hit a strong peak in 2016 and has declined every year since, partly due to tightening of approvals by Chinese authorities.

Portugal has become a major destination for Chinese travelers, nearly 4,000 of whom have benefited from “golden visas,” an arrangement through which foreigners can acquire permanent residency in Portugal — and thus visa-free travel throughout Europe — for an investment of 500,000 euros ($557,000), including in housing. Chinese have accounted for about 60% of such arrangements. (Similar arrangements are available in other EU countries, such as Cyprus and Malta, but the Brussels Commission is urging countries to tighten the conditions.)

China has had a five-century-old relationship with Portugal. Portuguese explorers and traders first arrived in China in 1513, the first Europeans to arrive by sea. Ming China leased the island of Macao in southern China to Portugal in 1557. It was given outright to Portugal in 1887 by China’s Qing government.

Portugal had two revolutions in the 20th century, the first in 1910 when a republic was created (and the young king deposed), the second nearly bloodless revolution in 1974, when a decades-long dictatorship was eventually replaced by elected representatives to a parliament and presidency. During the latter revolution Portugal decided to abandon its still widespread colonial empire, in Africa (especially Mozambique and oil-producing Angola) and in Asia (East Timor in Southeast Asia and Macao in China). Brazil, Portugal’s largest and most important colony, had separated from Portugal in 1822. China declined to take Macao in 1975, and it remained under Portuguese administration until 1999, when Macao joined Hong Kong under China’s principle of “one country, two systems.”

Despite this long history, and many ex-colonial peoples in Portugal today, the public is largely ignorant of and indifferent to relations with China, although vaguely favorably inclined toward China. The main external preoccupation of Portuguese these days is with the European Union, including the prospective change in leadership of the European Commission in Brussels, the outlook for economic growth in the EU (the source and destination of most Portuguese trade and investment), and the final deal of Britain’s departure from the EU, since Britain has for centuries been an important trading partner.

Recent polls in Portugal reveal a favorable attitude toward China, perhaps reflecting China’s help in Portugal’s recovery through its investments. But there has been little public debate over China’s investments in critical industries in Portugal, positive or negative, a point observed by foreign policy wonks and other experts.

President Xi Jinping visited Lisbon in December 2018. He encouraged Portugal to endorse the Belt and Road Initiative, and signed a memorandum concerning Chinese investment in Sines, a deep-water port in Portugal, which however is a considerable distance from Europe’s main markets. Of course Portuguese interest and attitudes may change insofar as the EU increases its growing criticisms of Chinese blockage of European investment in China and Chinese attempts to take over high-tech European firms (few of which are in Portugal).