Opinion: Why Have Oil Prices Been Spiking This Year? 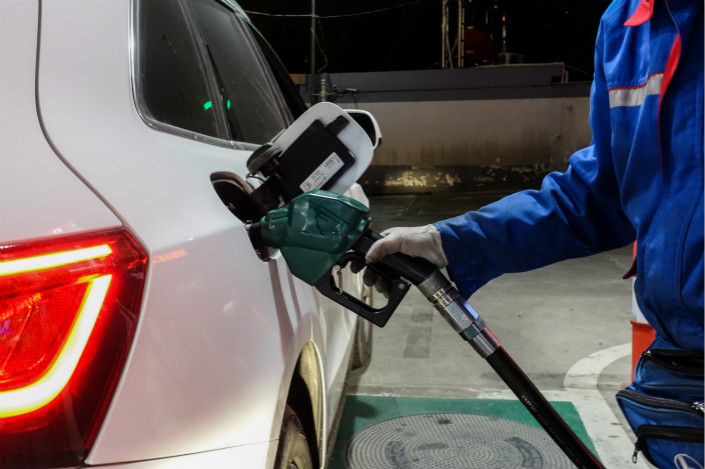 A motorist fills up his gas tank at a service station in Shanghai on April 26. Photo: VCG

Recently, a major oil benchmark price (Brent) was up over 100% since early 2016 at $75 a barrel and was the highest price since the spring of 2014, when oil exceeded $100 a barrel. What explains the sharp rise, which will harm all oil-consuming economies? And is it on its way back to over $100 a barrel again (as the oil-exporting countries hope)?

Nothing is certain about the market for oil, which has had ups and downs since its beginnings in the late 19th century. One strong upward pressure on oil prices is the most buoyant world economy in over a decade. The International Monetary Fund (IMF) presented its semi-annual world economic outlook during the meetings of IMF governors in Washington last month, and for the second time revised their forecast upward for the next few years, to 3.9% for 2018 and again for 2019. Europe and Japan have picked up speed, as have a number of emerging markets.

More production means higher incomes and more demand for oil and other mineral inputs (metals’ prices have also risen recently, but not by as much), both as feedstocks for chemicals and plastics and as fuel for industry and transportation. The Paris-based International Energy Agency recently forecast an increase in world demand for oil of 1.5 million barrels a day (MBD), to an all-time high of 99.3 MBD.

Where is the additional oil going to come from? The Energy Information Administration (EIA), an analytical branch of the U.S. Department of Energy, has forecast an increase in American output of newly developed “tight oil” of the same amount. Tight oil is oil recovered from shale, not conventional on- or offshore oil wells, and has been developed and rising during the past decade. So with an increase in supply expected to match the forecast increase in demand, why the sharp rise in price?

It is partly that oil production in the rest of the world has declined lately, especially in Venezuela, whose mismanaged economy has seen a drastic fall to 1.6 MBD from over 3 MBD a few years ago. Also, world inventories have been drawn down as a result of the decision by OPEC in December 2016, joined by Russia and others, to reduce production jointly to raise oil prices. And while output is expected to rise in the U.S., the main benefits will be local until more pipelines are built to reach export terminals, expected in 2019.

But prices are influenced by short-run uncertainties as well as prospective long-term developments. A major source of uncertainty is the actions of U.S. President Donald Trump. Trump promised as a campaigner that he would withdraw from the nuclear agreement worked out between six countries (the five permanent members of the United Nations Security Council, including China, plus Germany) and Iran in 2015. Under U.S. law, he needed to certify quarterly to Congress that Iran is abiding by the agreement. He said Tuesday he will not do so again. When U.S. sanctions against Iran are reimposed, Iranian oil production — which revived in 2016 — could fall again by an estimated 500,000 barrels a day, assuming the other countries would not reimpose sanctions, which they will probably not do. China imports so much oil these days that it could in time rearrange its sources of supply to prevent even this fall, but there might be a hiatus.

Second, Trump has threatened to impose tariffs on $30 billion of China’s exports to the United States, as a penalty for alleged Chinese theft of intellectual property. China has announced a comparable list of American products on which China would impose tariffs in retaliation. The U.S. proposal is available for public comment until May 22 (under U.S. legal procedures). If both proposals are executed, it would be a tremendous blow to world trade, and to the world trade rules.

The second threat may not come to pass, but they both create great uncertainty for oil markets in the coming weeks, and many buyers may have purchased oil futures as a hedge, thus driving up the spot price of oil. The demand for oil might wane after the summer driving season. Ironically, the associated rise in American gasoline prices, which responds quite quickly to changes in world oil prices (partly due to lower gasoline taxes in the United States compared to other rich countries), will rise for the average American by about the amount the average American would gain by the tax reductions of December, strongly prompted by Trump.

The U.S. EIA produces annually a series of projections of world energy demand, by fuel and industry and (major) country. The most recent projection is from September, while the price of oil was rising but before the latest increases. The projections run out to 2050, but I will focus on the nearer-term projection to 2030. On the baseline projection (there are several variants), world oil demand rises to 104.1 MBD, reflecting a decline in the rich countries by 2 MBD from 2015, as conservation takes hold, and a rise in the rest of the world by 10 MBD, for a 0.5% per annum growth in oil demand in a world economy that is expected to grow by 3.2% a year over this period. Total primary energy demand is projected to grow by 1% a year (and an increase in greenhouse gas emissions from energy by 0.5% — so the world is decarbonizing, but greenhouse gas emissions are still growing). The baseline price of oil is substantially below $70 per barrel, so this projection implicitly assumes that the current price is transitory. But the projections allow for higher (and lower) oil prices, so the projection should be taken as a best guess, not a confident forecast.