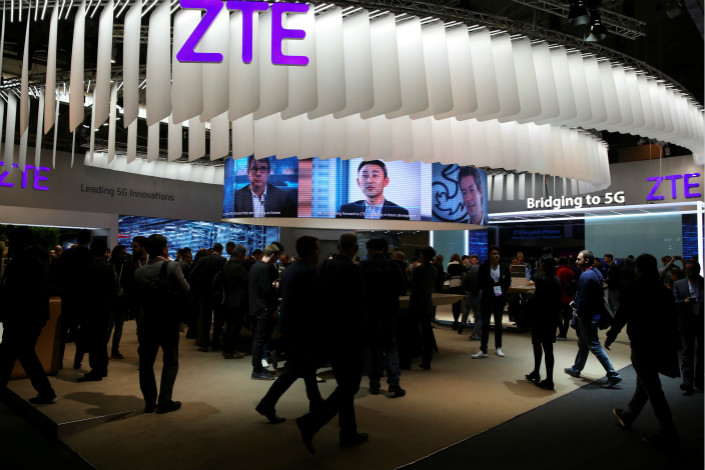 Embattled ZTE Corp. said it has submitted documents arguing against pending U.S. sanctions on the company for violating American trade rules, as an analyst said the issue could reach a settlement after Beijing included it in broader recent trade talks with Washington.

Trading of ZTE’s Hong Kong- and Shenzhen-listed shares has been suspended since mid-April, when the company first learned it would be cut off from its key U.S. suppliers as punishment for selling American products to Iran in violation of earlier U.S. sanctions. The two sides reached a settlement in the matter last year that allowed ZTE to avoid the sanctions.

But then Washington said in April the Chinese company had not honored all of its commitments in the settlement agreement by failing to punish certain employees involved in the illegal sales.

The U.S. Department of Commerce, which is overseeing the case, had previously said there was no appeals process for its latest decision. But then it backed off by saying it would consider submissions of additional documentation from ZTE, which had called the earlier decision unfair.

Separately, research house Jefferies said that Chinese officials had confirmed Beijing’s raising of the ZTE case during two days of talks with U.S. trade officials last week aimed at heading off a potential trade war between the world’s two largest economies. It said Beijing may be attempting to move the ZTE case into the broader talks, following foreign media reports late last month that ZTE’s larger rival Huawei Technologies Co. Ltd. might also be under investigation for similar illegal sales to Iran.

“(The) development further supports our non-consensus view that ZTE could eventually settle again with the U.S., wrote Jefferies analyst Edison Lee. “While a resolution for ZTE is likely, some concessions by China are necessary to end the tech trade war, in our view.”

In another related development, Taiwan smartphone chipmaker MediaTek said it has received approval to ship its products to ZTE, after the island’s Bureau of Foreign Trade said last month that all local companies would need special permission to continue such sales. In making its announcement, the Bureau of Foreign Trade made specific reference to the U.S. decision against ZTE but did not specify if or how its own decision was related.

A MediaTek spokesperson said on Monday that the company had received official permission to ship its products to ZTE last week, Reuters reported. A Bureau of Foreign Trade official told Reuters it had approved a permit for MediaTek and had received similar applications from several other firms.