By Wang Liwei and Ren Qiuyu 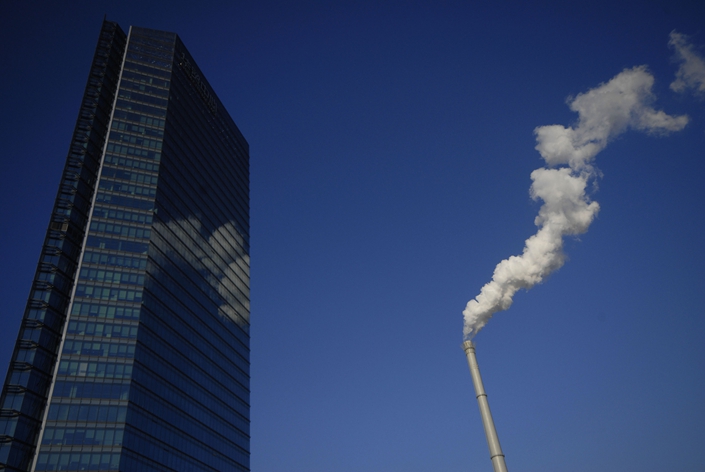 Last week, heat waves lashed parts of the United States, Europe, and China, shattering national records for the highest-recorded temperatures, spurring new concerns over the effects of climate change and compounding urgent calls to reduce the emissions of gases that warm the planet.

As the world’s largest emitter of greenhouse gases, much of this responsibility now falls on China. But progress on a national carbon trading market — originally announced in 2013 — has sputtered.

If implemented, China’s emissions trading scheme would be the world’s largest at more than twice the size of the European Union’s. At the end of 2017, top state planner the National Development and Reform Commission (NDRC) announced a three-step strategy for the market, starting with building infrastructure in 2018, simulated operation in 2019, and deepening improvements from 2020.

Emissions trading markets are touted as an innovative way to get businesses to lower their carbon dioxide emissions. Under the policy, the government gives or sells companies a limited number of carbon credits.

Companies that produce less than their allotted emissions can sell the excess to other businesses. Meanwhile those that exceed their limits must buy surplus credits from other companies or typically face some kind of penalty.

Right now, only local emissions trading schemes release carbon prices. As of July 24, they ranged from 10 yuan ($1.45) to 90 yuan per ton of carbon dioxide — far below the NDRC’s long-term hope of 200 yuan to 300 yuan per ton, which would be a much greater incentive for polluters to switch to low-emissions technology. In 29 EU carbon markets, the current price for carbon quotas is 29 euros ($32) per ton.

The development of China’s emissions trading market has hit a number of hurdles. The only industry included in the NDRC’s 2017 plan was the power sector. Though that industry alone makes for a larger emissions trading market than the EU’s, the limited scope and low price of emissions quotas has limited the actual cost to companies of their carbon dioxide emissions. The coal and electricity industries have not seen an impact.

At a seminar on climate change and economy hosted by the Peking University’s National Development Research Institute this month, climate policymakers and researchers noted other challenges behind the development of the national carbon trading market. The lack of acceptance from local governments and businesses was said to be a major factor.

Liu Qiang, who was until April the director of the Strategy and Planning Department at China’s National Center for Climate Change Strategy and International Cooperation, told the seminar that downward economic pressure was one reason local governments and companies are reluctant to launch their own schemes.

“When we go to localities for research, local people often ask what industries will replace high-emissions energy industry for supporting the local economy,” he recalled. In many places, sources of growth aside from high-carbon industries have not been identified, he said.

This cost to people’s livelihoods is a real constraint on policy initiatives. Junjie Zhang, director of the Environmental Research Center at the Duke University campus in Kunshan, Jiangsu province, suggested that a carbon tax would be easier to manage than an emissions trading market. A nationally-implemented tax would avoid various kinds of interference or resistance from local governments, he said, but he added that such a tax would likely increase energy prices.

In addition to local resistance, the government reorganization in March 2018 transferred the responsibility for climate change policy from the NDRC to the newly formed Ministry of Ecology and Environment. In May, deputy director-general of the National Center for Climate Change Strategy and International Cooperation Ma Aimin told Bloomberg News that the reshuffle had slowed down the implementation of the first stage.

Wang Min, an associate professor at the Peking University’s National Development Research Institute, believes that the main focus at top levels is air pollution prevention and control, given the direct effect it has on daily life and after the attention garnered by the 2015 documentary “Under the Dome.”