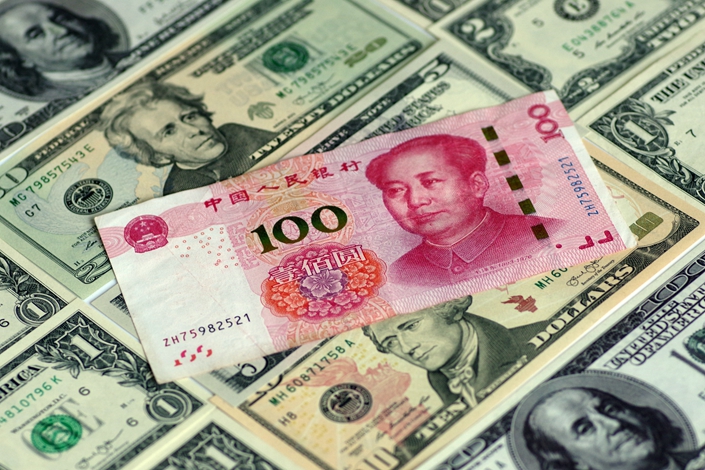 Is Donald Trump’s trade war about to morph into a currency war? Ominous signs point to an answer of yes.

Press accounts have described a White House meeting on July 23 during which the president and his advisors discussed intervening in foreign exchange market to push down the dollar. Advocating for the policy was Trump’s hawkish economic advisor, Peter Navarro, who appears to have learned nothing from the troubled progress of his trade war. Arguing against, we are told, was Treasury Secretary Steven Mnuchin, who stung by universal criticism of his earlier, offhand comments about the currency, now insists that he does “believe in a strong dollar, which signifies a strong US economy …”

What tipped the balance, according to these same press accounts, was Navarro’s reliance on Powerpoint, a presentational format for which Trump has no patience. This allowed advisors opposing the policy to capture the president’s attention and gain the upper hand, at least temporarily. But this doesn’t mean the idea won’t be back, as Trump himself warned reporters late last week. “I didn’t say I’m not going to do something,” as he inelegantly put it.

In fact, Trump has multiple reasons for contemplating intervention in the currency market. First, the strength of the dollar effectively neutralizes the impact of his tariffs on the U.S. trade and current account deficits. This, of course, is exactly what the laws of economics predict. The current account balance is simply the difference between a country’s saving and its investment. Since Trump’s tariffs have little impact on saving or investment, they can have little impact on the current account. If new tariffs raise the price of U.S. imports, then the dollar has to appreciate to bring their price back down and leave the pattern of spending unchanged.

But Trump has no more respect for the laws of economics than for other laws. He is more inclined to blame the strong dollar on Mario Draghi and Yi Gang than on his own policies.

In addition, foreign exchange market intervention would allow Trump to address his frustration over the Fed’s failure to cut interest rates more rapidly. Buying foreign currencies with dollars in the Treasury’s Exchange Stabilization Fund would inject additional dollar funds into circulation. The impact on credit markets would be equivalent to a Fed rate cut.

This is not the same as saying that the policy would have durable effects. If the Treasury’s intervention loosened U.S. credit conditions, then the Fed would have that much less reason to cut rates. The Fed’s reaction would simply offset the Treasury’s initiative.

Similarly, were the Treasury’s intervention to put downward pressure on the dollar, foreign central banks would react. The European Central Bank, already concerned with weak inflation and a weakening European economy, would ramp up its asset purchases until the dollar-euro exchange rate returned to earlier levels. China’s central bank would inject liquidity and cut reserve requirements to prevent the yuan from strengthening significantly. In other words, if the U.S. Treasury embarked on a program of buying foreign currencies, foreign central banks would respond by selling them.

The lesson of earlier interventions in the foreign exchange market, such as the Plaza and Louvre Accords of the 1980s, is that such interventions have sustained effects only when central banks pull together. But in this case they would be acting at cross purposes.

Besides accomplishing nothing, the proposed U.S. policy would have significant costs. It would cast doubt on the dollar’s status as a safe haven. Because the dollar is a safe haven, investors rush into the currency whenever the world economy experiences a negative shock, supporting U.S. financial markets and providing the country with an automatic form of insurance. Were the administration to further weaponize the dollar, this valuable attribute could be lost.

Moreover, an attempt to push down the dollar would be viewed abroad as a blatant beggar-thy-neighbor policy. It would therefore fray international relations still further, as if they aren’t frayed enough already.

Finally, the policy would fan tensions between the White House and the International Monetary Fund(IMF). Relations with the IMF have been the one bright spot in Trump’s dealings with multilateral agencies. The administration has seen the wisdom of outsourcing management of the economic crises in Argentina and Pakistan to the IMF, rather than further straining its own limited management capabilities. But the IMF would be quick to condemn U.S. government efforts to push down the dollar as unnecessary and illogical — as currency manipulation of the worst possible kind. It’s not hard to imagine the tweetstorm that would then mark the end of U.S.-IMF cooperation.

That said, Trump likes new targets for his criticism, and surely wouldn’t mind adding the IMF to his list. Just because the economic arguments all point against them doesn’t mean that proposals for weakening the dollar won’t be back.