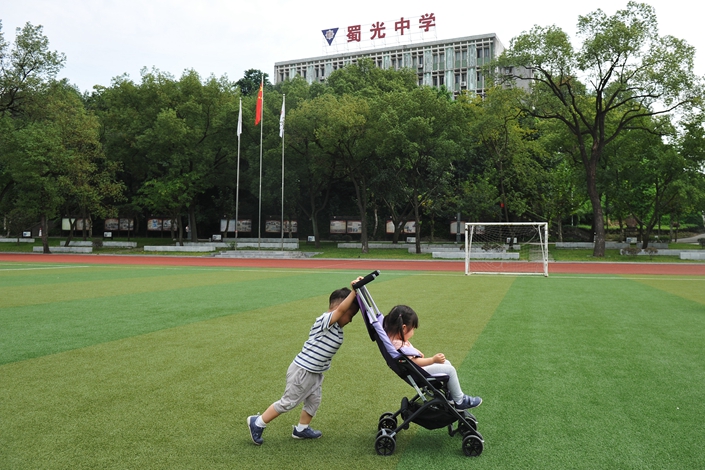 China as a whole is grappling with the consequences of the decades-long one child rule, which prevented most women from having two or more children and contributed to slowing population growth and steep declines in the number of annual births. Photo: VCG

There are few places where China’s looming demographic crisis is more pronounced than in the northeastern industrial rust belt province of Liaoning.

The province has one of the country’s lowest birthrates and has seen its population shrink each year since 2015.

Now, officials there are weighing new policy measures to incentivize families to have two children in efforts to reverse the trend. The standing committee of the provincial people’s congress met the province’s health commission and deliberated on changes to family planning regulations this week. Revisions to the province’s family planning laws are one of the year’s key legislative projects.

China as a whole is grappling with the consequences of the decades-long one-child rule, which prevented most women from having two or more children and contributed to slowing population growth and steep declines in the number of annual births. Women were given the right to have up to two children in 2016, but the policy change has failed to inspire a significant uptick in births.

The publicity department for the province’s health commission told Caixin that although the new regulations have been passed by the Standing Committee of the provincial people’s congress, they must now go through multiple rounds of revision before they are finalized.

In 2018, only 33% of new births in Liaoning were second children, 17 percentage points lower than the national average.

The province is aging rapidly and is already faces a pension fund shortfall. The regulations under review advocate for families to have two children, and propose that provincial, municipal and county governments step up efforts to allow parents more time with their children and improve social security, as well as promoting preferential tax policies to reduce the financial burden on families with two children.

They further propose granting an extra seven days of paid marriage leave to newlyweds, up from Liaoning’s current three, as well as providing an additional 60 days of paid maternity leave (up from the central government requirement of 98 days). In addition they would grant new fathers paid paternity leave of 15 days.

According to the Liaoning Daily, the provincial people’s congress discussed the impact of extended maternity leave on employment discrimination against women. The congress recommended that the increased leave be shared between the spouses so that both may take care of their families and their jobs.

The draft regulations stop short of proposing the two-child limit be scrapped. Instead they say fines levied on families who have more than two children should be lowered. For each child born in violation of regulations, this so-called “social maintenance fee” should be levied on both men and women according to the per capita disposable income of the city’s urban residents, or 0.3 times the per capital net income of the county’s rural residents, in the year preceding the child’s birth, the draft proposes.