Dongfeng Motor Is Said to Weigh Options for Peugeot Stake 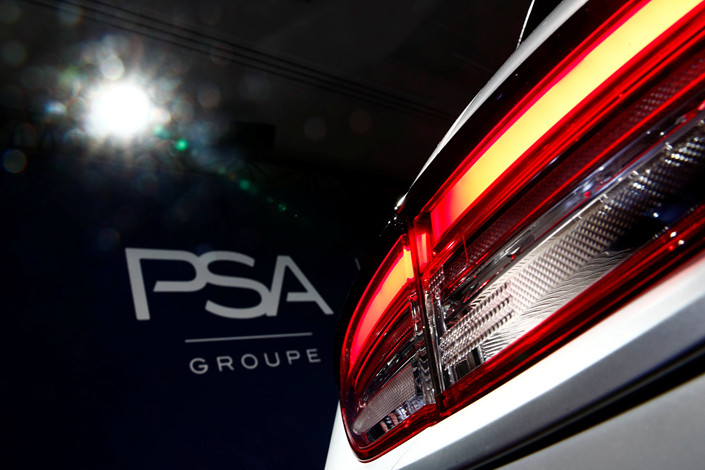 Dongfeng Motor, the French state and the Peugeot family each owns 12.2% of PSA Group. Photo: VCG

(Bloomberg) — Dongfeng Motor Corp. is exploring options for its 2.2 billion euro ($2.5 billion) stake in Peugeot owner PSA Group, including a potential divestment, people with knowledge of the matter said, as the companies grapple with a global slowdown in the auto market.

The Chinese state-owned automaker held talks in recent weeks with potential advisers about ways to monetize part or all of its 12.2% stake in the French carmaker, according to the people. As part of the strategic review, Dongfeng Motor has discussed possible transactions including a straight sale of PSA shares or issuing exchangeable bonds backed by PSA stock, the people said.

The funds would allow Dongfeng Motor to invest in other areas at a time when its rivals are spending billions on electric vehicles and autonomous driving systems. The global car market is deteriorating as shifts in technology and weakening economic growth give consumers fewer reasons to go to the showroom. The slump has prompted traditional automakers to slash jobs and pursue mergers.

Dongfeng Motor, which has a Chinese joint venture with PSA, plans to coordinate with the French carmaker if it decides to sell so that it can preserve a good working relationship, the people said. Deliberations are at an early stage, and there’s no certainty they will lead to a deal, according to the people.

The Chinese automaker may hold on to part of its stake in PSA to potentially benefit from future industry consolidation, the people said. PSA said in May that it’s open to “any opportunities” to create long-term value amid reports of tie-ups with other automakers. PSA and Fiat Chrysler Automobiles NV explored sharing car manufacturing investments in Europe, people familiar with the matter said earlier this year.

Any sell down could upset the delicate balance between Dongfeng Motor, the French state and the Peugeot family, each of which owns 12.2% of the company. PSA Group Chief Executive Officer Carlos Tavares said in October the parties’ shareholding pact is stable and a change isn’t in the works.

A representative for Dongfeng Motor said the company doesn’t have any information regarding the plan at the moment. Representatives for PSA, the Peugeot family and the French finance ministry declined to comment.

Dongfeng Motor acquired the stake in 2014 as part of a bailout after the more than a century old PSA fell behind rivals in investing in new technology and development. The company used the funds to overhaul its lineup. As part of the revamp, PSA and Dongfeng Motor also agreed to team up in China, giving the European automaker access to the world’s largest auto market.

The company’s investment in PSA’s turnaround paid off. Dongfeng Motor bought the shares at 7.50 euros apiece in 2014 when it made the 800 million euro investment. Five years on, the stock is trading at more than double that price.

Still, the global auto market has been slowing and proceeds from a sale would give the Chinese carmaker much-needed funds to weather the worst slump in a generation.

In a sign that PSA is struggling to keep its Chinese plants busy, Tavares said he would consider making cars for the U.S. market in China. Renting out the facilities is also among ways to address the capacity issue, PSA Chief Financial Officer Philippe de Rovira said.