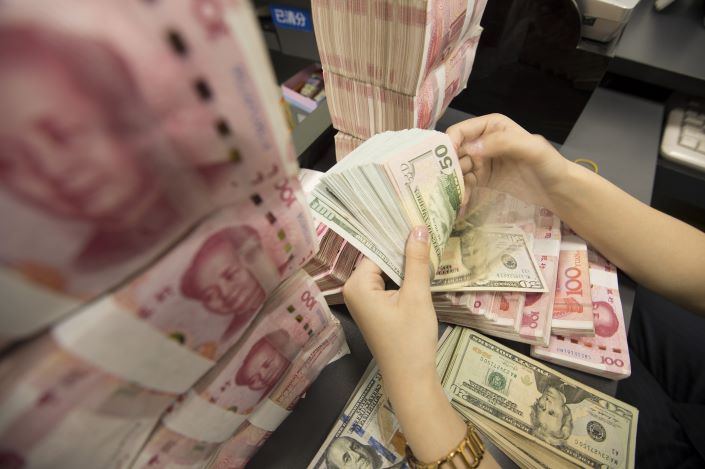 China’s central bank set the midpoint of the yuan’s daily trading range at 7.0039 to the U.S. dollar Thursday, the first time it has set the rate above the psychologically important 7-to-the-dollar mark since 2008.

The move comes after the onshore and offshore yuan weakened past the 7-to-the-dollar level during trading in the past three days. It is likely to amplify ongoing trade tensions with the United States, which also deepened last Thursday after President Donald Trump threatened in a tweet to impose new tariffs on China.

The People’s Bank of China (PBOC) said that the recent yuan depreciation has been mainly caused by fluctuations in the international currency market against the backdrop of a changing global economic landscape and inflamed trade frictions.

On Monday, the U.S. Department of the Treasury blamed China for competitive devaluation and branded the country a currency manipulator. The next day, the PBOC called the U.S. move an act of protectionism that seriously violates international rules.