By Zhang Qi and Han Wei 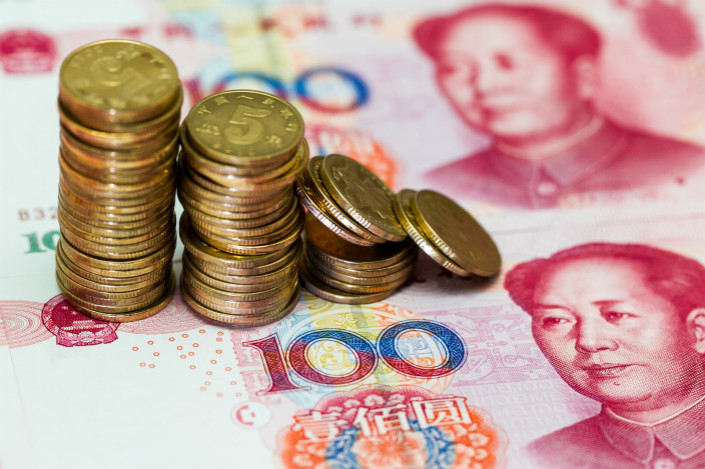 Washington named China a currency manipulator Monday for the first time in more than two decades, marking the latest escalation of tensions in the trade war between the world’s two largest economies.

The U.S. Treasury Department said that Secretary Steven Mnuchin, under the auspices of President Donald Trump, made the determination that China was manipulating its currency. It made the announcement after China’s currency, the yuan, weakened past the psychologically important 7-to-the-dollar mark on Monday.

“As a result of this determination, Secretary Mnuchin will engage with the International Monetary Fund to eliminate the unfair competitive advantage created by China’s latest actions,” the Treasury Department said in a statement.

This is the first time China has been designated by the U.S. as a currency manipulator since 1994. While the move is largely symbolic, as the potential punishments are relatively minor compared with other steps Trump has already taken against China, it underscores the rapidly deteriorating relationship between the two sides.

U.S. stock markets had their worst trading day of the year on Monday with the Dow Jones Industrial Average Index falling 767 points, or 2.9%. The S&P 500 Index dropped 2.98% while the Nasdaq Composite Index lost 3.47%.

China’s central bank set the yuan’s daily reference rate at 6.9683 per dollar on Tuesday, 458 pips weaker than the previous day and closer to the 7-to-the-dollar mark.

Analysts linked the yuan’s depreciation to the recent intensification of trade frictions as Trump threatened last Thursday to impose an additional 10% tariff on another $300 billion of Chinese goods, beginning Sept. 1. Beijing also pledged to fight back if Washington goes ahead with the plan.

China’s central bank said Monday that the depreciation was the result of unilateralism, trade protection measures and the U.S. potentially imposing increased tariffs on Chinese goods.

Yi Gang, head of China’s central bank, pledged Monday that China is adhering to a market-determined exchange rate system, and would not use the rate as a tool to deal with external disturbances such as trade disputes. Despite his assurances, the offshore Chinese yuan slipped in early Asian trading Tuesday to a new record, weakening as much as 0.2% to 7.1143 per dollar.

Early Monday in the U.S., Trump on Twitter called the yuan’s plunge below the 7-per-dollar level “currency manipulation.” He indicated he would like the Federal Reserve to counter the move.

George Magnus, an associate at Oxford University’s China Centre and a research associate at SOAS in London, told Caixin that he didn’t see the recent yuan depreciation as manipulation by Beijing. Instead, it is “very much a reaction to the deepening trade war,” he said.

“I imagine the Chinese government became frustrated by the lack of progress in trade talks, was not optimistic the U.S. was considering dropping tariffs as a condition for future concessions, and felt the risks of a minor forex decline were less than doing nothing and allowing the trade war to continue,” said Magnus.

He predicted the yuan would continue weakening. “I’m pretty sure the government intends to limit the speed and scale of a weaken yuan for the time being, but sooner or later, I think the dam will break and the yuan will depreciate by a significant amount — perhaps 25% to 35%,” he said.

Top trade officials from China and the U.S. completed the latest round of trade talks last week in Shanghai without any progress. The Trump administration proposed new tariffs on the additional $300 billion of Chinese goods even though both parties agreed to continue talks next month in Washington.

China’s Ministry of Commerce said early Tuesday in Beijing that China will not rule out levying additional import tariffs on American agricultural products purchased after Aug. 3, and Chinese companies have suspended new purchases.

Despite the sudden escalation, Magnus said the two countries are more likely to reach an agreement on straightforward trade matters involving goods like agricultural products, aircraft and energy. But it will be more difficult to form consensus on industrial policy, technology policy, and standards and beliefs in commerce and trade.

“The gulf is too large, but that doesn’t mean that there aren’t some things the U.S. and China can agree (on),” he said. “What’s missing now though is trust, and that’s a tough thing to rebuild.”