China Accuses U.S. of ‘Protectionism’ After Being Branded Currency Manipulator 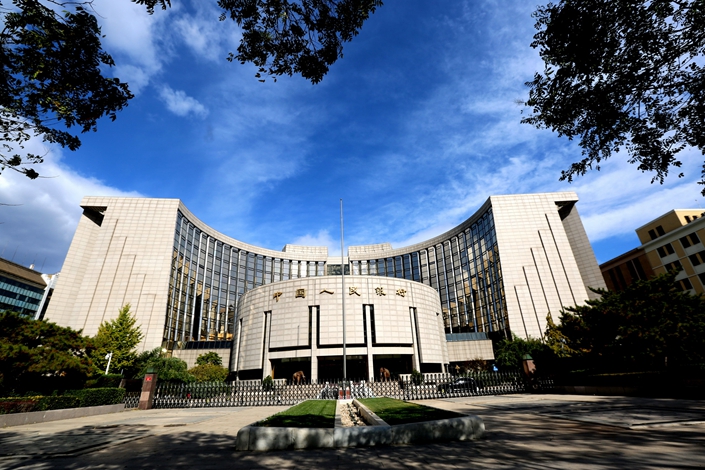 The headquarters of the People's Bank of China in Beijing. Photo: IC Photo

* The People’s Bank of China said that the U.S. designation of China as a currency manipulator cannot be justified by its own standards and is an act of “protectionism”

* Analysts said it was unusual to brand China a currency manipulator because the country met only one of the three criteria for the label set by the U.S. Treasury Department.

(Beijing) — China’s central bank said Tuesday that the U.S.’ decision to name China a currency manipulator is an act of “protectionism” that “seriously violates” international rules.

The People’s Bank of China (PBOC) said the designation cannot be justified by the U.S. Department of the Treasury’s own standards for defining a currency manipulator.

On Monday, the Treasury Department added China to its list of currency manipulators for the first time in more than two decades after both the offshore and onshore yuan weakened past the psychologically important 7-per-dollar mark, reaching an 11-year low.

The move has escalated an already fierce trade war between the world’s two largest economies and prompted a selloff of U.S. stocks on Monday.

The Treasury Department blamed China for breaking a G-20 commitment to refrain from competitive devaluation. In a statement, the department said it will work with the International Monetary Fund to “eliminate the unfair competitive advantage created by China’s latest actions.”

The PBOC argued that the main cause of the recent yuan depreciation is the fluctuations in the international currency market against the backdrop of a changing global economic landscape and inflamed trade frictions.

The central bank’s Governor Yi Gang said Monday that China will not allow competitive devaluation and will not use the yuan’s exchange rate “as an instrument in dealing with trade disputes or other external disruptions.”

Both the onshore and the offshore yuan recovered slightly Tuesday at the close of Asian trading.

Analysts from China Merchants Securities Co. Ltd. said it was unusual to brand China a currency manipulator because the country met only one of the three criteria for the label set by the U.S. Treasury Department.

In the latest move to stabilize the yuan, the PBOC announced that next week it will sell yuan-dominated bills worth of 30 billion yuan ($4.26 billion) in Hong Kong, including 20 billion yuan in three-month bills and 10 billion yuan in one-year bills.

Selling the yuan-dominated bills will allow the central bank to buy the Chinese currency on the offshore market, reducing the amount of yuan that commercial banks have available to lend. This can push up short-term interest rates and make it more costly for traders to short the yuan.

The China-U.S. trade war began escalating again after the latest round of trade talks ended in Shanghai last week. On Thursday, U.S. President Donald Trump threatened on Twitter to impose an additional 10% tariff on another $300 billion of Chinese goods. Beijing pledged to fight back if Washington goes ahead with the plan. China’s Ministry of Commerce said early Tuesday that China will not rule out levying additional import tariffs on American agricultural products purchased after Aug. 3.