Ozone Pollution Is Becoming a Bigger Threat to China’s Air 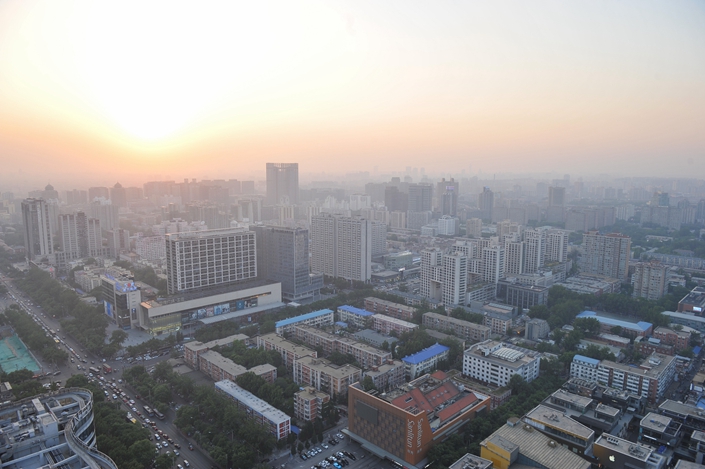 Ozone will be the main pollutant in many parts of China in the latter half of August, according to forecasts from China’s meteorology and environment monitoring centers.

While China has made progress in reducing fine particulate matter pollution, or PM2.5, ozone pollution has increased over the last few years, creating a new front in the war on pollution that has been underway since 2015. In a study published in July in Environmental Research Letters, Chinese and American researchers estimated that ozone pollution caused 67,000 premature deaths in China in 2015.

Ozone is an atmospheric gas. When in the stratosphere, it protects the lower levels of the atmosphere from the sun’s ultraviolet rays. However, when it is at ground-level — formed by a reaction of nitrogen oxides and volatile organic compounds (VOCs) in sunlight — it can cause health problems such as chest pain and coughing when it reaches high concentrations. At lower concentrations, it can also damage materials such as rubber and plastics.

However, researchers found that the prevalence of PM2.5 can prevent ozone from being formed, so the drop in PM2.5 in China may actually be contributing to the ozone pollution, according to a study published in the Proceedings of the National Academy of Sciences of the United States in January.

Scientists believe that climate change could be increasing ground-level ozone pollution due to changing jet streams and mixing patterns in the atmosphere, increasing the flow of ozone from the stratosphere down to ground level.

The July study in Environmental Research Letters found that an 11% increase in ground-level ozone due to climate change could cause an additional 62,000 premature deaths by 2050. However, a 60% decrease in ozone-forming emissions could prevent 330,000 premature deaths.