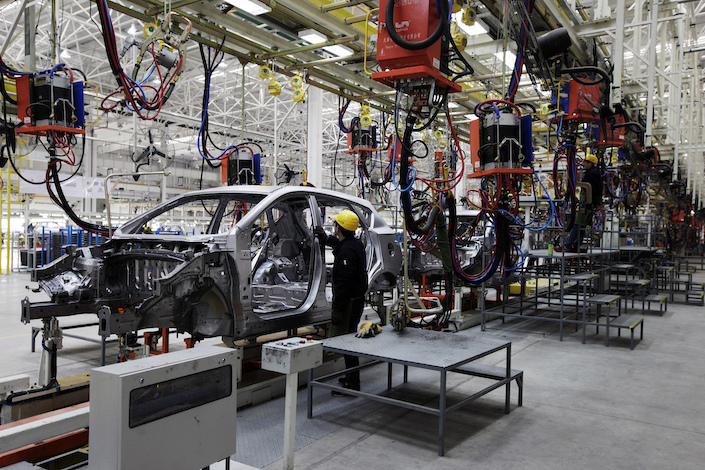 Guangzhou R&F Properties Co. Ltd. has ended its cooperation with Beijing-based Hawtai Motor, just over a month after the carmaker unveiled the tie-up for new-energy vehicle development.

R&F Properties Chairman Li Silian said Thursday while discussing the company’s half-year earnings that the agreement it signed with Hawtai Motor last month was only a cooperation intention and R&F Properties is not entering the auto industry.

Li said Thursday that the two parties discussed only the possibilities of cooperation. Due to strong opposition from the market, R&F Properties decided to stop the partnership with Hawtai Motor, Li said.

has become mired in a debt crisis. The company failed to repay investors in a 1 billion yuan ($145 million) bond whose put option due last month. Several of its manufacturing facilities have ceased operation.

R&F Properties itself also barely has extra cash to invest in car making. The developer’s operating cash flow has been negative for seven consecutive years. The company issued an internal document July 26 requiring suspension of land acquisition in the second half and focusing on “promoting sales and collecting receivable funds.”