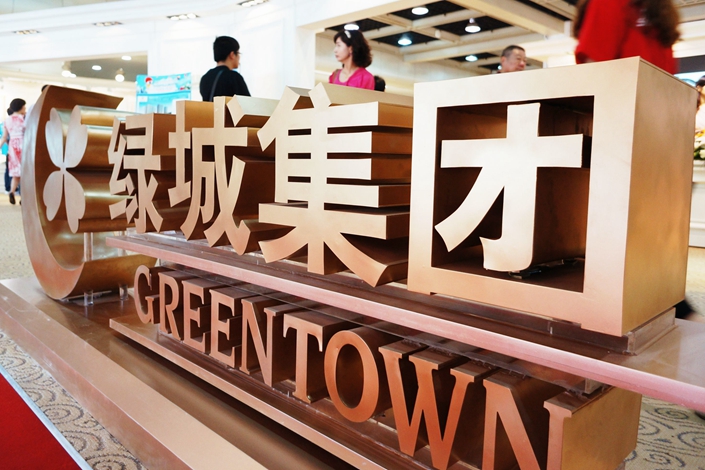 Greentown’s Hong Kong-listed stock fell slightly on Monday after the initial scrapping of the deal was announced, but jumped nearly 4% in Tuesday trade. Photo: IC Photo

Real estate developer Greentown China Holdings Ltd. said its plan to buy a major stake in a domestic insurer failed to win regulatory approval, dealing a setback to its ambitions to build up its financial services business.

Last December Greentown had announced it would buy 900 million shares of Aeon Life Insurance Co. Ltd., equal to about 11.6% of the company, for about 2.7 billion yuan ($377 million). It was buying the shares from fellow real estate developer Wanda Group, which has embarked on a steady stream of similar asset sales over the last two years under pressure from Beijing to pay down a huge debt load.

But a June 26 deadline for closing the deal passed without approval from the China Banking and Insurance Regulatory Commission (CBIRC), China’s main financial regulator. That led Greentown to announce on Monday that it was formally scrapping the plan, and that related funds it had already paid would be returned.

“The company expects that the termination of the share transfer agreement will not have any material adverse effect on the business operation and financial position of the group,” it said in a statement. At an investor meeting this week to discuss its results for the first half of 2018, Chairman Zhang Yadong told Caixin the company itself wasn’t clear on why the deal failed to win approval.

A real estate analyst told Caixin that such deals could get rejected due to failure to meet the regulator’s various standards. Other real estate companies have made similar moves into financial services in recent years, often to take advantage of easier access they provide to fundraising tools. Former Greentown CEO Cao Zhounan previously said that financial services would become an important part of the company’s business, and one of its goals would be to receive a financial services license.

Last month another property developer, China Aoyuan Group Ltd., announced its own separate plan to buy nearly 14% of Aeon’s shares for 3.3 billion yuan, in a deal that would make it the insurer’s biggest shareholder. That deal is also still awaiting approval from the CBIRC.