Gallery: Frenzied Scenes as Costco Shoppers Elbow and Kick Their Way to Savings 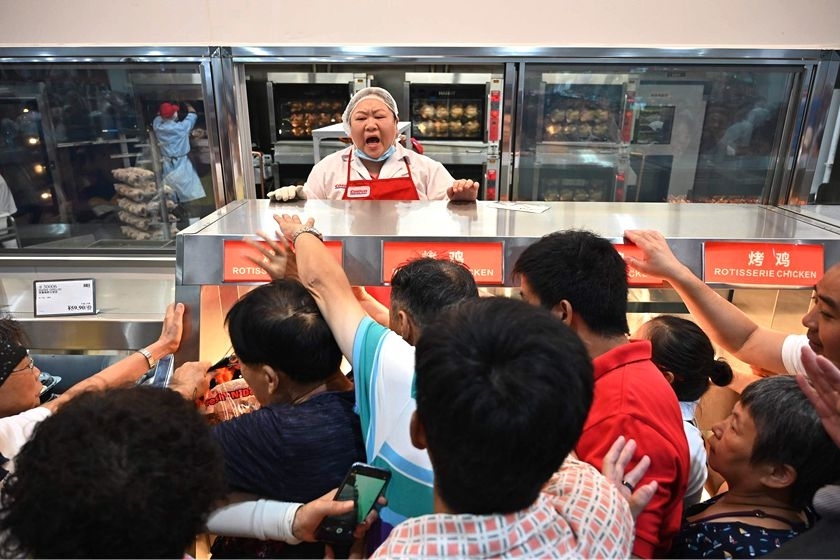 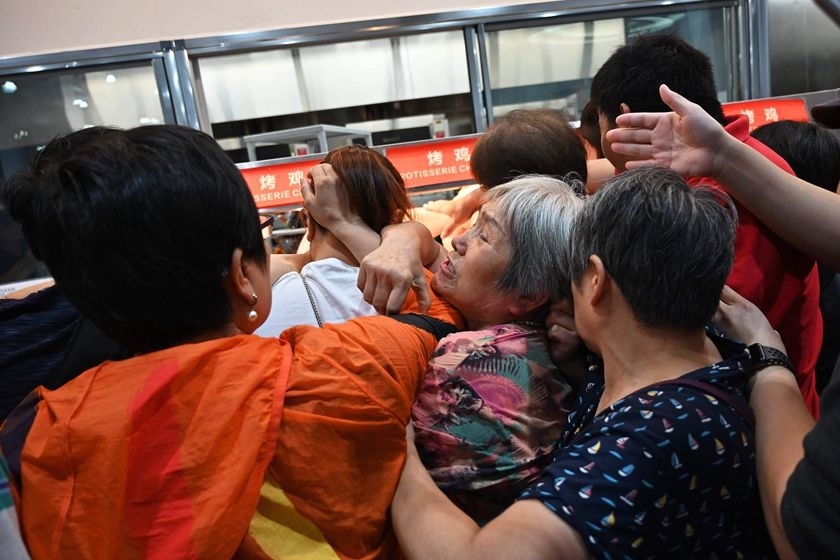 A shoving match breaks out next to the rotisserie chicken counter. Bottles of Moutai liquor were reportedly selling for half price. Photo: VCG 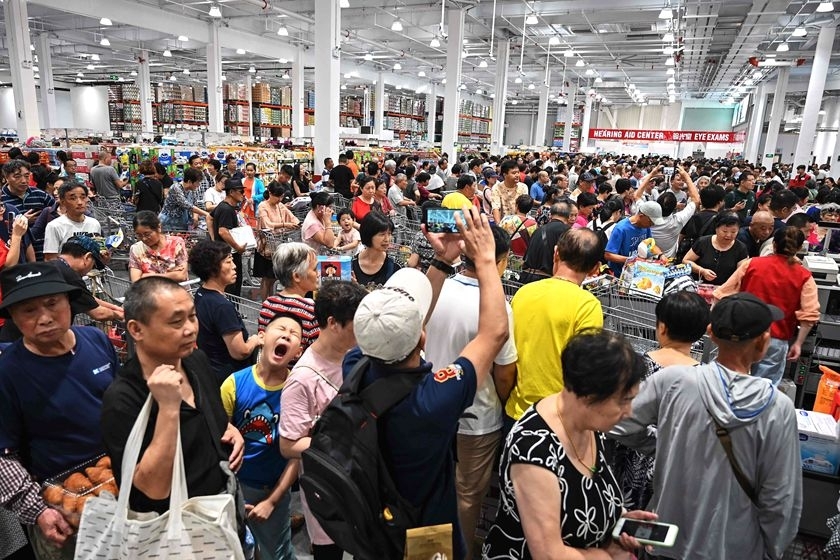 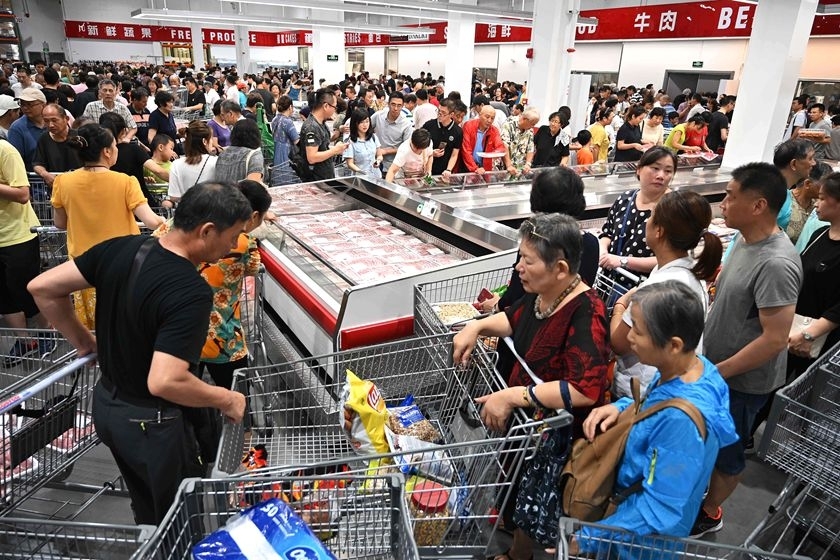 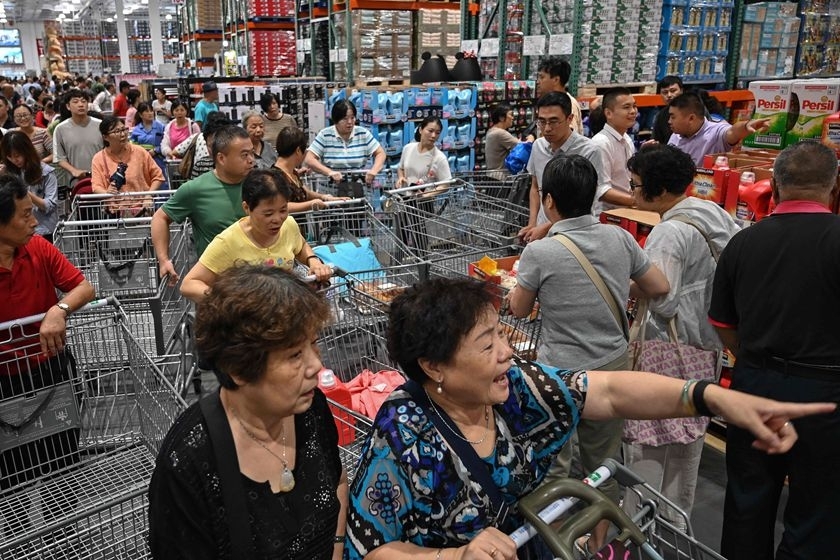 The discount retailer’s first store on the Chinese mainland opened at 9 a.m. Tuesday and was instantly set upon by bargain-hunters. Photo: VCG 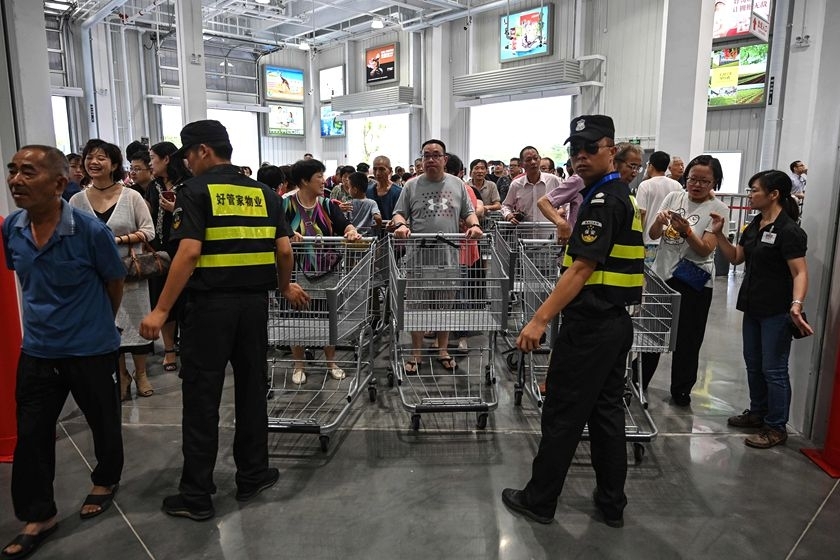 Security guards control the flow of shoppers into the store. Photo: VCG 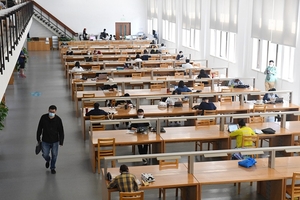 Gallery: Social Distancing in the Stacks 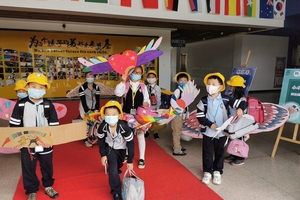 Gallery: Winging It in Class 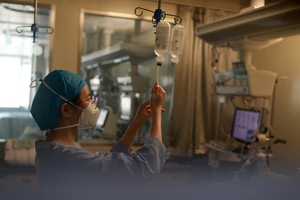 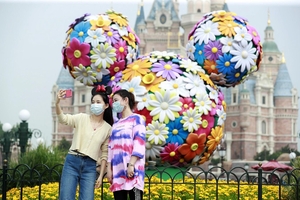