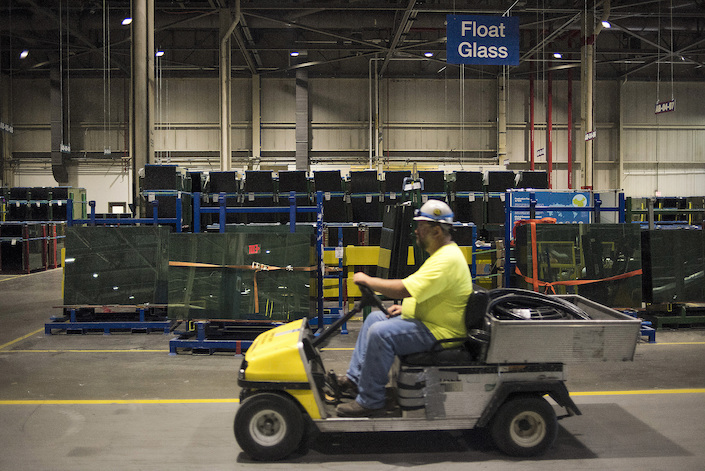 The Chinese automotive glass factory in Ohio featured in Netflix’s first documentary film produced by the Obamas reported double-digit growth in revenue and profit less than three years after it was built in an abandoned General Motor site.

The film is about how Fuyao Glass Industry Group, China’s biggest automotive glass maker, dealt with East-West cultural differences in the revival of the rust belt plant. It has set off widespread media buzz and debate over whether the Chinese way is better.

Fuyao bought the Dayton, Ohio, factory in 2014 and spent two years and more than half a billion dollars refurbishing it as a key part of Fuyao’s global empire of automotive glass manufacturing.

In sharp contrast, Chinese migrant workers at a Fuyao factory in China chanted slogans every morning, worked 12-hour shifts and went home once or twice a year, the film shows.

Fuyao’s American unit also benefits from its nonunionized workforce. About two-thirds of the Ohio factory’s 1,500 workers voting in 2017 against forming a union. In the film, Fuyao founder and Chairman Cao Dewang threatened to shut down the factory if a union came in.

The parent company’s first-half report shows that overseas sales accounted for nearly half of the company’s total revenue, up from a 38.65% share a year ago.

America is Fuyao’s most important overseas market. Fuyao currently has a 17% share of the U.S. market, supplying glass to GM, Ford Motor and Japanese auto makers in the U.S., according to a research report by Ping An Securities.

The parent company’s net profit dropped nearly 20% to $2.09 billion in the first half of 2019, reflecting slowing global and domestic economic growth and continued weakness in the auto industry. The parent’s total revenue expanded 2% to $14.36 billion.

As the plant’s share of overseas sales grows every year, any sharp fluctuation in the exchange rate could impact the company’s results, Fuyao said in its financial report. Producing and selling through the American factory could help Fuyao to mitigate exchange-rate risks.