Out of Jail, Video-Streaming Pioneer Tries His Hand at AI 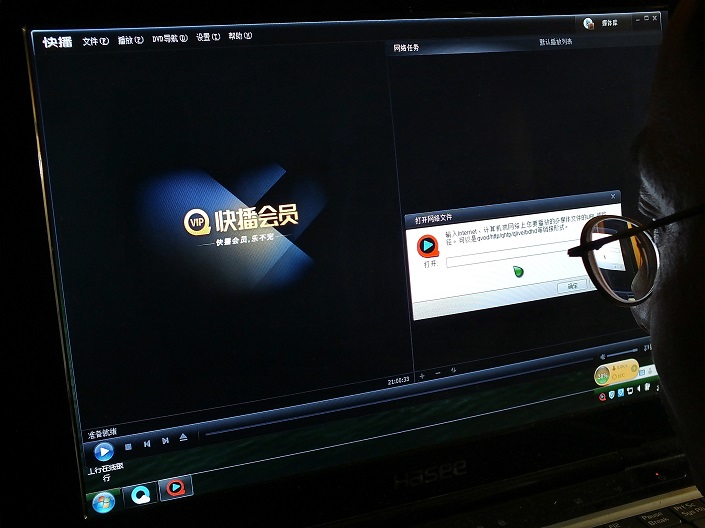 If video streaming doesn’t work, then maybe AI will.

That’s the message coming from Wang Xin, a legendary entrepreneur known for his Qvod video-streaming player but also one of the high-tech world’s best-known jailbirds. A year and a half after his release from prison for using Qvod to distribute “obscene materials,” Wang is back in business in the hot artificial intelligence (AI) arena.

He unveiled his newest product called Lingge this week, saying it’s “a marketplace network based on artificial intelligence.” Put more simply, Lingge is being billed as an AI-powered online watering hole for independent contractors looking to offer their skills on an outsourced basis.

Skilled workers can also form “digital companies” on the platform, invite others to join as employees, and receive dividends from employee assignments. The app behind the platform, now in its beta phase, was so over overwhelmed with traffic it had to be removed from major online stores, Lingge said.

Wang’s original Qvod player was ahead of its time when it rose to become China’s largest video-streaming software with more than 500 million users and 80% of the market. But he and his product attracted just a tad too much attention for its alleged trafficking in large amounts of pirated material. A Beijing court also found the software to include pornography. He ended up spending over three years behind bars before his release in February 2018.

He founded Ringgle.AI, parent to Lingge, just three weeks after completing his prison sentence. The Shenzhen-based company received $30 million in angel investment in September in a funding led by Bertelsmann Asia Investment and IDG Capital, and vowed to focus on the hot blockchain and AI areas.

In January, the company launched a messaging app called Matong MT, seen as a challenger to Tencent’s popular WeChat.

Related: New Rivals, Including ‘Toilet,’ Are Coming for Tencent’s WeChat