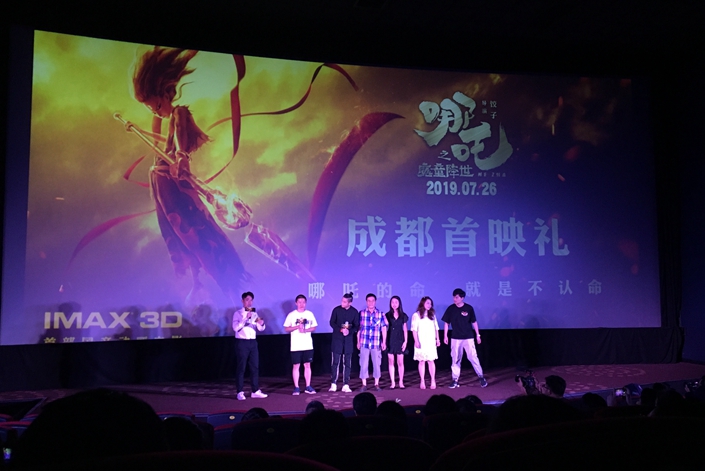 A surprise hit animated film is set to become China’s second-biggest movie ever, driving summer box-office sales toward a record in a season marred by increased censorship concerns.

“Nezha,” which tells the story of an underdog demon-child who chooses good over evil to avoid a terrifying fate, grossed 4.6 billion yuan ($644 million) as of Aug. 28, according to Maoyan Movie data. Total revenue from movies is set to reach 7.3 billion yuan this month, Maoyan predicts, an all-time high for August.

The blockbuster, produced by Beijing Enlight Media Co., is a bright spot in a gloomy summer for Chinese cinema when some major films were pulled for reasons unknown amid speculation the government was tightening control over content. The success of “Nezha” also shows the dominance of local fare, even as Hollywood continues to rely on the market to make up for weakening U.S. sales.

“Nezha” has given a boost to the country’s film industry and to the market share of Chinese films, said Rance Pow, chief executive officer of cinema industry consulting firm Artisan Gateway. “Long-term, we remain bullish on the China market.”

Within weeks after its July 26 release, “Nezha” blew past “Avengers: Endgame,” the superhero franchise by Walt Disney Co.’s Marvel that raked in about $614 million in China and set records elsewhere this spring. Shares of Beijing Enlight Media gained as much as 2.3% in Shenzhen on Friday, taking their advance in the past two months to about 28%. The rally compares with a 2.5% decline in the Shanghai Stock Exchange Composite Index.

Alibaba Group Holding Ltd. affiliate Hangzhou Ali Venture Capital Co. is Beijing Enlight’s second-biggest investor with about 8.8% as of March 31, according to data compiled by Bloomberg.