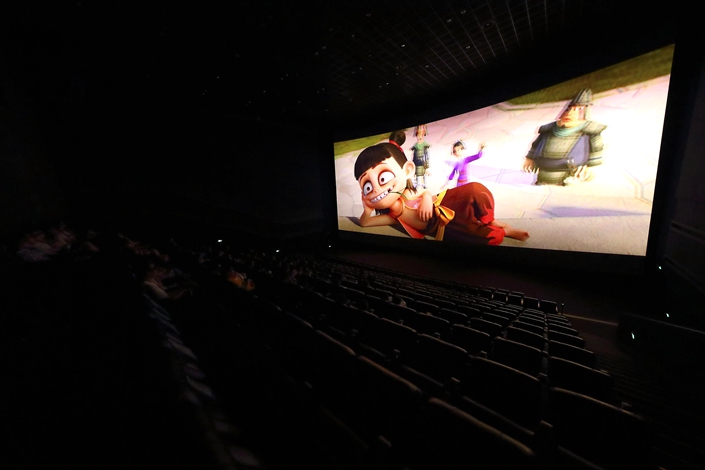 The Chinese film studio behind the recent animated hit “Nezha” reported plunging profits for the first half of this year as it grapples with a slowdown in the domestic movie industry.

Shenzhen-listed Beijing Enlight Media Co. Ltd.’s first-half net profit plummeted 95% to 105 million yuan($14.7 million), even as revenue rose 62% to 1.2 billion, according to a filing (link in Chinese) to the Shenzhen Stock Exchange.

Enlight Media is one of China’s top film studios. The plunge in its profits comes amid a broader slowdown in China’s movie industry as Beijing has increased scrutiny over the industry since last year to crack down on tax evasion.

In the first half of 2018, ticket sales fell 2.7% to 31.17 billion yuan, the first year-on-year decline in 8 years, according to industry data provider Entgroup. During the period, 808 million people went to the cinema, a drop of 10.3%, according to Enlight Media’s statement, which cited statistics from an official industry association.

The company’s recent animated film — “Nezha” — took in 4.5 billion yuan at the box office, making it one of the most successful movies in China in recent years. However, ticket sales for this movie, which premiered in July, were not included in Enlight Media’s first-half report.

Last year, Beijing launched a campaign against tax evasion in the TV and film industry following a high-profile case involving movie star Fan Bingbing, who was accused of using dual contracts to hide some of her income from the taxman.

Enlight Media’s sluggishness is in line with its peers. All but one of the 13 listed Chinese film studios that had released their first-half results by July 16 said that they expect to see either their profits fall or sink into the red.

Shenzhen-listed Huayi Brothers Media Corp., another major Chinese film studio, said it expected to lose between 325 million and 330 million yuan in the first half, compared with its net profit of 277 million yuan during the same period last year.