Opinion: The True Toll of the Trade War 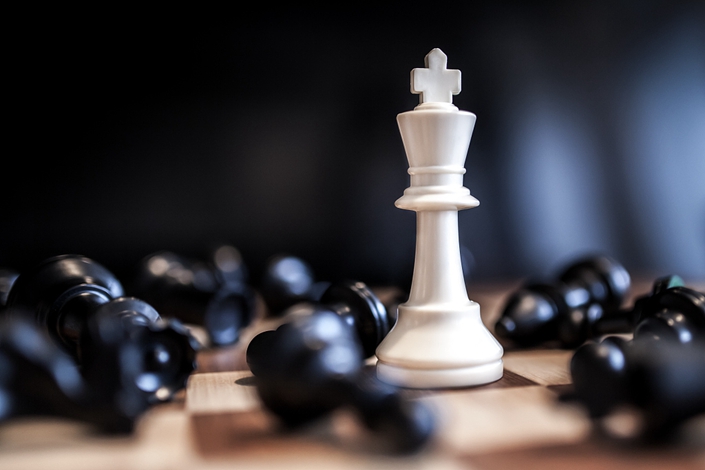 Another day, another attack on trade. Why is it that every dispute — whether over intellectual property (IP), immigration, environmental damage, or war reparations — now produces new threats to trade?

For much of the last century, the United States managed and protected the rules-based trading system it created at the end of World War II. That system required a fundamental break from the pre-war environment of mutual suspicion between competing powers. The U.S. urged everyone to see that growth and development for one country could benefit all countries through increased trade and investment.

Under the new dispensation, rules were enacted to constrain selfish behavior and coercive threats by the economically powerful. The U.S. served as a benevolent hegemon, administering the occasional rap on the knuckles to those acting in bad faith. Meanwhile, the system’s multilateral institutions, especially the International Monetary Fund, helped countries in dire need of funds, provided they followed the rules.

America’s power stemmed from its control over votes in multilateral institutions, both directly and through its influence over countries in the G-7. It also had tremendous economic muscle of its own. Importantly, though, most countries trusted the U.S. would not misuse its power to further its national interests, at least not excessively. And the U.S. had little reason to betray that trust. No country approached its economic productivity, while its only military rival, the USSR, was largely outside the global trading system.

The expansion of rules-based trade and investment opened up lucrative new markets for U.S. firms. And because it could afford to be magnanimous, America granted some countries access to its markets without demanding the same level of access to theirs.

If policymakers from an emerging-market economy expressed concerns about the potential effects of more open trade on some of their workers, economists were quick to reassure them that any local pain would be outweighed by the long-term gains. All they needed to do was redistribute the gains from trade to the groups left behind. This would turn out to be easier said than done. Still, in these nascent democracies, protests by those left behind were regarded as an acceptable cost, given the overall benefits, and were easily contained. In fact, emerging-market economies became so good at capitalizing on new technologies and lower-cost transportation and communication that they managed to take over large swaths of manufacturing from the industrialized countries.

Unlike in emerging markets, where democracy had not yet sunk deep roots, disaffection among a growing cohort of these countries’ workers could not be ignored. Policymakers in advanced economies thus reacted to the backlash against trade in two ways. First, they tried to impose their labor and environmental standards on other countries through trade and financing agreements. Second, they pushed for far stricter enforcement of IP rights, much of which is owned by Western corporations.

Neither approach was particularly effective at slowing job losses, but it would take something much bigger to upset the old order: the rise of China. Like Japan and the East Asian tigers, China grew on the back of manufacturing exports. But, unlike those countries, it is now threatening to compete directly with the West in both services and frontier technologies.

Resisting outside pressure, China has adopted labor and environmental standards and expropriated IP according to its own needs. It is now close enough to the technological frontier in areas like robotics and artificial intelligence that its own scientists can probably close the gap in the event that it is denied access to inputs it now imports. Most alarming to the developed world, China’s burgeoning tech sector is enhancing its military prowess. And, unlike the USSR, China is fully integrated into the world trading system.

The central premise of the rules-based trading order — that each country’s growth benefits others — is now breaking down. Advanced economies find that the higher regulatory structures and standards that they adopted during their own development now put them at a competitive disadvantage vis-à a-vis differently regulated, relatively poor, but efficient emerging-market countries. And these countries resent external attempts to impose standards they did not choose democratically, such as a high minimum wage or ending the use of coal, especially as today’s rich countries did not have these standards when they were developing.

Equally problematic, emerging economies, including China, have delayed opening their domestic markets to the industrial world. Developed country firms are especially eager for unfettered access to the attractive Chinese market, and have been pushing their governments to secure it for them.

Most problematic, though, with China challenging the United States both economically and militarily, the old hegemon no longer views China’s growth as an unmitigated blessing. It has little incentive to benevolently guide the system that enables the emergence of a strategic rival. No wonder the system is collapsing.

Where do we go from here? China can be slowed but cannot be stopped. Instead, a powerful China must see value in new rules, even becoming a guardian of these rules. For that to happen, it must have a role in setting them. Otherwise, the world could break up into two or more mutually suspicious, disconnected blocs, stopping the flows of people, production, and finance that link them today. Not only would that be economically calamitous; it would increase misunderstanding and the possibility of military conflict.

Unfortunately, there can be no going back in time. Once broken, trust cannot be magically restored. China and the United States will, one hopes, avoid opening up any new fronts in the trade and technology war, while acknowledging the need for negotiations. Ideally, they would conclude a temporary bilateral patch-up. Then, all major countries would come together to negotiate a new world order, which accommodates multiple powers or blocs rather than a single hegemon, with rules that ensure that everyone — regardless of their political or economic system and state of development — behaves responsibly.

It took a Depression, a World War, and a superpower to make the world see sense the last time. Can this time be different?

Raghuram G. Rajan, governor of Reserve Bank of India from 2013 to 2016, is professor of finance at the University of Chicago Booth School of Business and the author, most recently, of The Third Pillar: How Markets and the State Leave the Community Behind.