In Depth: The Road Toward Creating the World’s Biggest Carbon Market 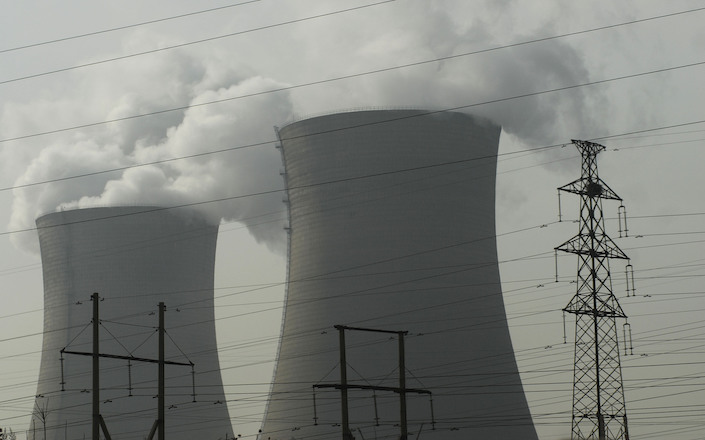 The hottest summer ever to sweep the Northern Hemisphere this year is making efforts to curb global warming greenhouse gas emissions more urgent than ever.

As the world’s biggest emitter of greenhouse gases (GHGs), China plans to build the world’s largest national carbon trading market, intended to reduce overall emissions of gases such as carbon dioxide. As world leaders gather later this month at the United Nations in New York for a climate summit, China’s efforts will be a focal point.

And yet, China has far to go in establishing an effective market-based system for curbing carbon emissions. Although the nation started a pilot program for trading carbon credits in 2011 and has since set up seven regional pilot markets, there’s little evidence of real GHG reductions. The carbon trading trials have suffered from a lack of transparency, toothless caps on emissions, small trading volume and significantly lower carbon prices than in other world markets, experts say.

An effective carbon market would require the development of financial derivatives, including carbon futures and options. Although Chinese regulators discussed studying the possible launch of such financial products as early as 2012, no follow-up steps were taken. Carbon trading is too small to attract financial institutions, analysts say. One broker said his company dropped out of the pilot markets for lack of liquidity.

“The market volume is too small,” he said. “You can’t even sell after you buy it.”

To use carbon trading to reduce GHG emissions, a government sets limits on allowable emissions that tighten over time and assigns quotas to emitters such as factories. Enterprises that produce less carbon than their quotas can sell credits to more-polluting operations. Such a system puts a price on emissions and encourages reductions. The European Union created the world’s first carbon trading system in 2005, and now there are about 20 such markets around the world.

At a climate change meeting in July, Premier Li Keqiang called for accelerating the establishment of China’s national carbon emissions market. Li Gao, director of the Climate Change Department of the Ministry of Ecology and Environment, said progress has been made in creating the legal and infrastructure basis for carbon trading.

The ministry will speed up releasing rules on quotas and allocations, Li said. It is working hard to show “a series of results” toward the establishment of the carbon market in the fourth quarter this year, Li said.

“The work is very important and very complicated,” Li said. “We are actively pushing forward.”

After starting its pilot trading program in 2011, China set up regional carbon markets in Beijing, Tianjin, Shanghai, Shenzhen, Chongqing, Guangdong and Hubei provinces. The seven regional markets had a total transaction volume of 6.8 billion yuan ($985 million) by the end of May, official data showed. Nearly 3,000 major emitters in the power, steel and cement industries traded about 310 million tonnes of carbon dioxide emission quotas.

Each regional market operates independently, following different rules on what industries are included, quota calculations, pricing and regulations. There’s no cap on total carbon emissions, which would require coordination between the central and local governments and between various central departments. Carbon quotas cannot be traded among different markets. As a result, the market is fragmented, trading is inactive and participants lack diversity.

Under a three-step plan outlined by the National Development & Reform Commission (NDRC) in 2017, the first preparation phase of the national carbon trading market was supposed to be completed in 2018, followed by a test run in 2019 and formal launch in 2020. But so far there hasn’t been a test run, and how to set a baseline for carbon quotas has not been determined.

In April, the Ministry of Ecology and Environment released the first set of draft rules for a national carbon emissions trading scheme. At the time the ministry said the draft would be open for public comment until May. But the final rules have yet to be released.

The draft rules didn’t include specific total carbon quotas or a method for distributing credits. Both are essential to the operation of an effective carbon market, Industrial Bank chief economist Lu Zhengwei said in a research report.

Pricing is the key

How carbon is priced plays a key role in helping polluters decide whether to reduce emissions or continue polluting and pay for it. But the pricing mechanism in the seven pilot markets lacks rationality, analysts said. For example, Beijing has the highest carbon price, averaging 80 yuan per tonne of carbon dioxide, while prices in Tianjin and Hubei are 30-40 yuan. The average price in Guangdong was 20.87 yuan per tonne in 2018.

Even Beijing’s carbon price is less than half the average EU price of 25 euros (198 yuan).

The carbon price has little effect on enterprises because the government issues too much in emission quotas and many companies get them free, leaving little motivation to reduce emissions, a carbon finance executive at Guotai Junan Securities told Caixin.

Each pilot market follows a different method for setting total quotas, and the degree of disclosure of totals varies. Guangdong, for example, publishes a total yearly quota in advance. Hubei does so at the end of each year and makes allocations at the beginning of the following year based on 50% of the previous year’s quota. Then, at year end, enterprises are required to make up the difference or be compensated based on actual emissions. Other pilot markets never publish total quotas.

Without a public quota total at the beginning of each year, market participants can’t estimate their needs, said Lu Yaodong, the deputy general manager at Beijing Karbon New Energy Technology Co. Ltd., which provides carbon reduction consulting services. For example, if the total quota for the cement industry were publicly available, a cement producer would be able estimate how much in emissions would be allowed for producing each tonne of cement, Lu said. Similarly, investors would be able to determine how many producers ― whether 50% or 20% of the industry ― could operate within the limits, Lu said.

The uncertainty in setting and allocating total quotas by local governments also makes it difficult for market participants to predict and prepare, thus increasing the seasonal fluctuation of the market, industry analysts said.

“Some local governments set a total quota at the start of the year, then in mid-year, the governments could release a document taking back some quota or issuing new quota, which could disrupt the whole market,” a person at a pilot market said.

Local governments tend to take a tight approach when first setting quota totals. Then during implementation, some big polluters find they need to buy more credits, so they request a quota increase from the government, a senior carbon market participant said. This could cause big losses for those companies that have already bought large amounts of quota, this person said.

Executives at large state-owned enterprises are usually as powerful as local government officials, so governments are left with no choice but to grant them more quota, the person said.

Some experts suggest that China could learn from the EU. Europe’s carbon market also experienced stubbornly low prices for years. In 2017, the EU created the Market Stability Reserve, which is effectively a central bank for the carbon market designed to soak up excess allowances to stabilize supply and demand. Subsequently, the EU carbon price doubled to 29 euros per tonne in July from the beginning of 2018.

Currently, none of the city or provincial pilot programs requires emitters to disclose information on their use and trading of carbon quotas. In the EU, all participants in the carbon trading system are required to disclose such information.

Even the 2017 NDRC plan requires regulators to collect and disclose only major polluters’ emissions and quota information, not those of all participants.

Even though carbon trading is commonly considered an effective incentive to encourage businesses to reduce emissions, there has been discussion of alternatives, such as simply taxing carbon emissions.

Yan Luhui, founder of Carbonstop, a carbon management software provider based in Beijing, said big polluters are more motivated to participate in carbon trading since they have more room to cut their emissions, while a carbon tax may work better for medium to small enterprises.