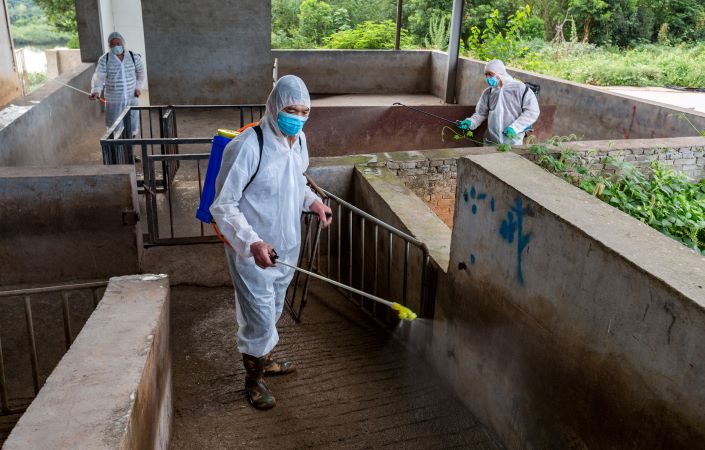 A top Chinese agricultural research institute has edged closer to a vaccine for deadly African swine fever that has ravaged the country’s pork industry.

Researchers at the Chinese Academy of Agricultural Sciences announced Tuesday that a potential vaccine developed by its Harbin-based veterinary science research institute has completed lab safety and efficiency tests and now awaits biosafety tests at the Ministry of Agriculture and Rural Affairs with a view to launching clinical trials in the near future.

As of July, African swine fever, which currently has no reliable vaccine or cure, had resulted in the culling of more than 1 million pigs in China and roiled the world’s largest pork market. Pork prices in China in August surged 46.7% year-on-year and helped to sustain a 17-month high in consumer inflation.

Last Monday, the ministry said that the government had approved no commercial vaccines to combat African swine fever and that the ministry itself had not yet given the go-ahead to any clinical trials.