Opinion: The Real Risk for Chinese Students in the United States 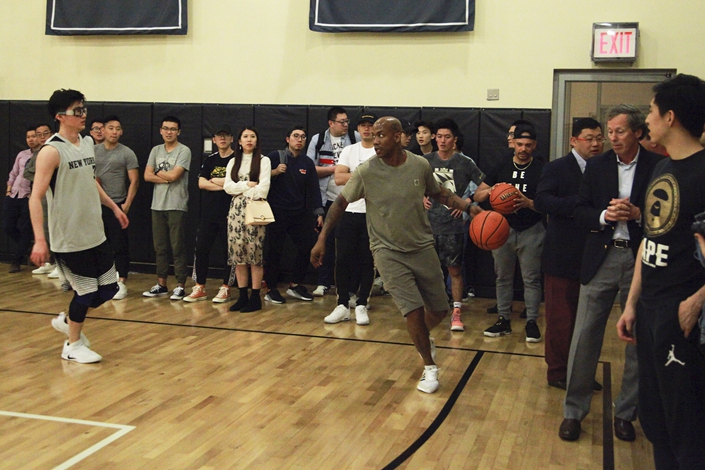 We’ve seen plenty of scary stories again this year about Chinese students seeking U.S. university education. Adding to the perennial concerns about violence, China’s Ministry of Education warned in June about the risk of visa problems, particularly for those seeking to study in STEM (science, technology, mathematics and engineering) disciplines.

Even though we heard similar scare stories in 2018, the data didn’t validate the breadth of the concern. The International Institute of Education’s Open Doors indicates that aggregate degree enrollment by Chinese students increased slightly between 2017 and 2018.

While the U.S. government has announced some visa restrictions for 2019, the rumors of those restrictions again seem likely to wildly exaggerate their actual impact. But there is a pernicious and broad-based phenomenon that’s damaging education outcomes for tens of thousands of Chinese students seeking overseas undergraduate study annually: the relentless, myopic and tragic mis-focus on admissions, especially to highly ranked schools, rather than on graduation rates and quality of individual outcomes.

This mis-focus leads to dropouts, wasted studies and resources, and an enormity of missed opportunities for these families and for their children’s futures.

In 2013, the South China Morning Post (SCMP) reported that 25% of Chinese students at Ivy League colleges drop out. Of course, neither parents, nor schools, nor agencies are eager to participate in the discovery and publication of such data, but a 20% drop-out figure is widely acknowledged by education professionals. Worse, according to the SCMP, China’s Centre for China and Globalization (CCG) indicates that enrollment at U.S. “diploma mills,” unaccredited institutions offering worthless degrees and committing functional fraud, are largely driven by the parents of Chinese students who have dropped out of accredited schools.

How big is this problem? Probably a magnitude larger than visa restriction issues or similar topics du jour. Open Doors reports that about 150,000 Chinese students were enrolled as undergraduates at U.S. colleges and universities in 2018. Even a 10% dropout rate from that number represents 15,000 students per year having their dreams destroyed, their families’ resources squandered. Add to that the number who may not actually drop out, but muddle through a major that’s unsuited to them, in a college that is equally unsuited, and this phenomenon is revealed as by far the most important risk for Chinese high school students aiming at study overseas.

How does such a deplorable situation develop, with so little publicity about it, while we see and hear endless braying and rumor-mongering about relatively minor changes in visa policy, or the astonishing triviality of the myriad rankings? Once considered, the reasons are intuitive, and disturbing.

In China, admission to leading universities is a reasonable end-game in itself, compared with admission into a U.S. school, which is properly understood as a beginning rather than an end. Considerations such as “which major” or “what does the young person really want to achieve/study” are between secondary and irrelevant in the mainland — a good gaokao score, and consequent admission to the best ranked school the score allows, are primary. Graduation is all but certain, and few expect the graduates to come out of their undergraduate experience with a robust, comprehensive educational experience (Proof point: the relatively low wages that employers pay fresh graduates from Chinese universities). Many Chinese parents haven’t been to any college, few have ever visited a U.S. college (let alone studied in one), so we should not fault them for applying a mainland mindset approach to their children’s United States’ college selection and admissions process.

But some who should know better (and many who do) are complicit. An entire ecosystem has grown around fostering and profiting from the lack of understanding and misconception of Chinese parents. High schools boast about their admissions rates to ranked schools (but don’t mention education outcomes/graduation rates), agencies charge stiff fees based only on admissions, colleges around the world crow about their rejection rates, and the malignant mass of rankings — statistically meaningless, suckering families into bad decision-making — metastasize throughout the culture.

In Greek mythology, Procrustes either cut off the legs of “guests” who were too long for his infamous bed, or crushed those leg bones with a hammer so he could “stretch” them to fit the bed’s length. Sadly, this metaphor is precisely accurate — our current admissions systems and processes, on both sides of the ocean, press Chinese youngsters into a Procrustean bed of irrelevant, arbitrary rankings and admissions-focused myopia, crushing or cutting off the ‘legs’ of their academic and career potential. The resulting inappropriate choices of schools and majors lead to high dropout rates and degraded education outcomes, and the children who suffer from this societal abuse may reasonably feel misled, mistreated and abandoned. (One institution, Shorelight, has built a model that incentivizes graduation rates — laudable, but so far only a drop in the ocean).

Nearly a century ago, theologian Reinhold Neibuhr crafted a meditation seeking “courage to change what must be altered, serenity to accept what cannot be helped, and the insight to know the one from the other.” International trade issues and arbitrary visa decisions are clearly in the “serenity” category — things we cannot change — while individually focused, strategic academic experiences for each of our children are in the category of “courage,” because of the ecosystem’s tectonic pressure on parents and students to focus on rankings and admissions only.

Another story, closer to our home and our time, comes to mind. In the preface to “Call to Arms,” Lu Xun muses about the futility of awakening his countrymen to their fate, comparing them to sleeping souls in an iron house, which is sealed and in which they will die, unaware, of suffocation, and suggesting that awakening some of them will do no more than render them conscious of their impending death. An “old friend” encourages him toward at least some hope of saving some of the people, perhaps destroying the iron house, and Lu therefore agrees to write “A Madman’s Diary,” a towering work of 20th-century Chinese literature, which closes with “save the children.”

“Save the children” — don’t we owe it to them? To our future? Doing so requires Niebuhr’s courage, and won’t happen quickly, but every time you encounter a family who isn’t eager to brag about the rank of the school their child has been admitted to, every time you encounter a child who talks about her or his educational goals through graduation and following, you will have met a family who are doing their courageous part to escape from the iron house of rankings and admissions-focused myopia. These are the families who are helping to save the futures of 15,000 or more Chinese students every year. We should commend and emulate them.