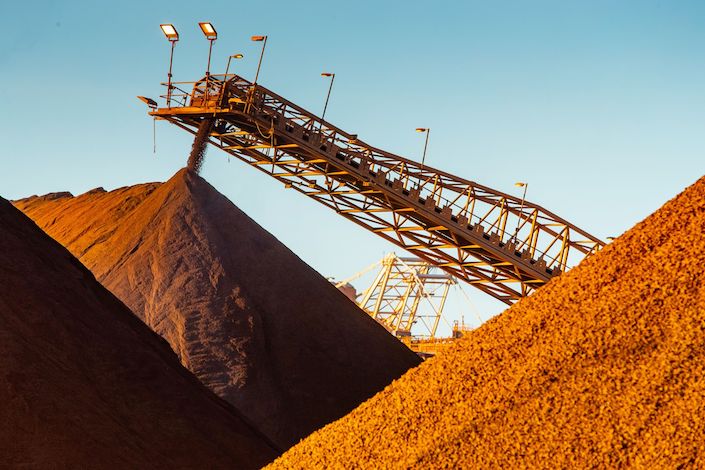 (Bloomberg) — Iron ore faces a long, slow slide over the coming half-decade. Prices are poised to decline in the long term as the impact of weakening demand from biggest buyer China will more than offset gains in consumption in other emerging markets including India, according to Citigroup Inc.

“Steel demand is no longer going to be what it was,” Ed Morse, global head of commodity research, said in an interview. “No combination of India, Brazil and any other emerging-market country, no matter how big, is going to replace what China did alone,” he said, referring to a spike in demand from the nation’s “fixed-asset investment extravaganza” from the 1990s to 2010.

Iron ore’s fortunes — and those of the top miners in Australia and Brazil, including Vale SA and Fortescue Metals Group Ltd. — largely turn on the strength and trajectory of demand in China, which buys about 70% of seaborne cargoes. As growth in Asia’s top economy slows and the government steers away from investing in infrastructure and heavy industry to consumers, steel demand is expected to flatten, then ease, although there’s no consensus on the timing.

“We have been long-term bearish on iron ore,” Morse said in Singapore. “It’s a combination of unbelievably cheap new raw material from Australia and Brazil, and a dampening of demand at the same time.”

China dominates the global steel industry, even as output in India has been expanding at a rapid clip. In July, mainland mills pumped out 85.2 million tons of crude steel, or 54% of the worldwide total. Second-placed India made 9.2 million tons, or 5.9%. Brazil placed ninth, making 2.4 million.

BHP Group, the world’s largest miner, said last month its base case is that Chinese steel production “has entered a plateau phase, with the literal peak to occur no later than the middle of the next decade.”

In its latest quarterly outlook, the Australian government said China’s steel output is expected to decline gradually, hurt by moderating consumption, more stringent environmental curbs and reductions in mill capacity. Production will ease to 926 million tons in 2021 from 940 million this year, it said.

On Thursday, iron ore futures pushed back into the mid-$90s in Singapore, rallying as much as 4.3% to $94.83 a ton. The gains came as steel futures climbed, with U.S.-China trade tensions easing and mainland mill curbs crimping output ahead of a key national break.