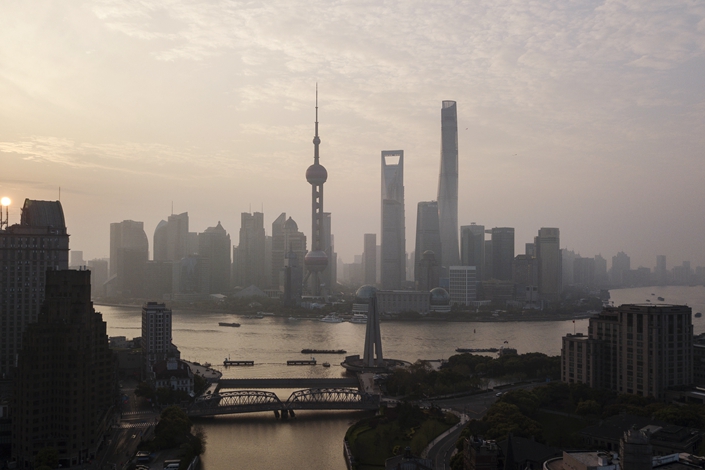 * Top policymaking body states for the first time that the property market will not be used for short-term stimulus, departing from previous stimulus methods

China’s top leaders pledged to further bolster the economy by expanding demand and infrastructure projects to address rising “internal and external risks” but declared that the property market will not be used as a form of short-term stimulus.

The Politburo, the 25-member top decision-making body of the ruling Communist Party, in its quarterly meeting Tuesday in Beijing reviewed economic performance of the first half and outlined policy priorities for the rest of the year. The event was closely watched by market observers looking for clues on whether the country will move toward further policy easing as it struggles with slower growth, trade frictions and lingering debt risks.

China’s gross domestic product (GDP) grew 6.2% year-on-year in the second quarter, down from 6.4% the previous quarter and the lowest in nearly three decades, according to the National Statistics Bureau. Even so, China's economy is still growing at three times the rate of the U.S., the world's largest economy.

The Politburo said in a statement (link in Chinese) that the country’s first-half growth, which stood at 6.3%, was stable and within a reasonable range, although it also warned that the world’s second-largest economy "faces new risks and challenges" and that "downward pressure has increased."

The meeting was held as a trade delegation from the United States arrived July 30 in Shanghai for resumed talks. The timing may indicate that Chinese senior leaders do not expect any immediate results from the trade negotiations one way or the other, said Wang Tao, chief China economist of UBS Investment.

Officials should “effectively deal with trade frictions,” while stepping up efforts to stabilize the economy and pushing forward openness and structural reform, the Politburo said in the statement.

Wording of the statement indicated the leadership’s judgment on greater challenges facing China’s economy. It also reflected a change in stimulus policies to move away from reliance on the property market, analysts said.

The statement released after the meeting removed the word “deleveraging,” paving the way for the central bank to ease liquidity and for local governments to leverage up more, said Larry Hu, chief China economist of Macquarie Group.

Policymakers reaffirmed their stance on proactive fiscal policy and prudent monetary policy that is neither too tight nor too loose. They restored the wording "keeping liquidity appropriate and abundant" that was eliminated in the statement of the previous meeting in April.

The Politburo also called for "accelerating the clearing of 'zombie companies,'" but also asked authorities to manage the "rhythm and magnitude" when addressing risks.

“The general policy tone is slightly easier than that in April, but the senior leaders stated clearly that they do not plan to use property policy as a short-term economic stimulus,” Wang said.

Wang said the moves reflected authorities’ intention to prevent too much credit and resources from going into the property sector rather than to weaken the property market in any significant way. The Politburo pledged to continue town renovation projects.

“We continue to expect a moderate slowdown in property sales and investment in the coming months as shanty town subsidies fade,” Wang said.

Yan Jinyue, chief analyst at Shanghai E-House Real Estate Research Institute, said it is unlikely to see any policy easing on the property market at least till the end of the third quarter.

The statement also implies that the chance is very low for the People’s Bank of China to follow the Federal Reserve in cutting the benchmark interest rate this week, as it would be read as an easing on property, Macquarie’s Hu said.

The Politburo said China should "rely more on reforms to expand consumption," stabilize manufacturing investment and accelerate infrastructure investment in logistics, IT networks and urban parking spaces, among others. It also reiterated mid- and long-term financing support for the private sector, improvements in employment policies and continued efforts to open up the market and promote structural reforms.

“However, it is clear that we should not expect any new big fiscal stimulus, including no significant subsidies for consumption,” Wang said. She added that improved funding support can be expected in the second half to help infrastructure investment to rebound to high single digits.

Wang said she expected the central bank to increase liquidity offering and tread more carefully in dealing with the restructuring of small financial institutions and shadow credit in the second half.

The central bank may cut the reserve requirement on banks by a further 100 basis points, or 1 percentage point, in the second half but maintain the benchmark rate unchanged, Wang said.