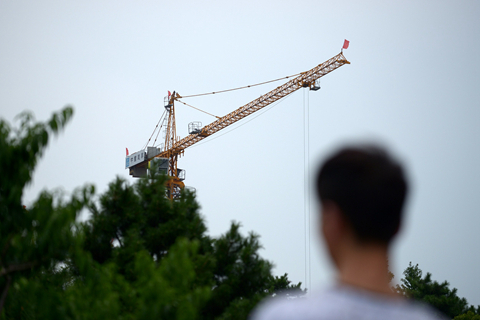 Household borrowing in China has increased rapidly in recent years on the back of a reviving property market. Photo: VCG

The rapid expansion of Chinese household debt in recent years has reached an alarming level and should be contained, a leading brokerage firm warned in a recent report.

Research by Guotai Junan Securities Co. found that by the end of 2018, 13 Chinese provinces and municipalities had outstanding household debt exceeding half their annual gross domestic product (GDP).

Data from the Bank for International Settlements showed that China’s national average household debt ratio stood at 52.6% relative to GDP by the end of 2018, surging from 39% three years ago. The ratio is lower than in most developed countries but among the highest in developing countries.

While the national household debt ratio remains within a safe range, imbalances among regions are worthy of attention, Guotai Junan said.

Eight of China’s 31 provincial-level divisions posted higher-than-average household debt ratios, according to the report. Zhejiang province, a trading hub in East China, reported the highest ratio of 76%, followed by Shanghai, 68%, and Guangdong, 64%.

Zhejiang also registered the fastest growth of the household leverage ratio with an increase of 10.6 percentage points from a year ago, followed by Chongqing and Jiangxi.

Among lower-level jurisdictions, the city of Xiamen, in southern China’s Fujian province, had the highest household debt ratio at 96% at the end of 2018, according to Guotai Junan.

Chinese authorities have for years fought to control lingering risks stemming from the country’s massive debt overhang, focusing mainly on local government and corporate borrowings. China’s overall leverage ratio, which measures outstanding debt in the real economy including government, business and households against nominal GDP, increased to 248.83% at the end of March, the highest in a data series going back to 1993, according to a joint study released by two Beijing-based state-backed think tanks.

Some officials have warned that the rapidly rising household debt could be one of the biggest threats to the country’s economic health. In an annual financial stability report issued late last year, the central bank highlighted the rapid rise of household liability in several provinces and municipalities, calling for authorities’ attention.

According to the International Monetary Fund (IMF), when the household debt-to-GDP ratio hits 30%, it can interfere with a country’s medium-term economic growth. Above 65%, it begins to undermine financial stability.

Guotai Junan said in the report that consumer debts linked to property purchases contribute the most to the rise of China’s household leverage in recent years. Indicators including debt-to-GDP ratio and residential income-to-deposit ratio have both been on a rising trend, suggesting growing debt risk, the brokerage said.

“The fast rise of household debt must be slowed so that risks can be defused in future economic growth,” Guotai Junan said in the report.

Analysts said regulators are likely to focus on mortgage loans in the second half to rein in excessive household borrowing through tighter quantity control or higher mortgage rates.

Guotai Junan said with monetary policy shifting in the second half to more easing to bolster growth, regulators will maintain a tough stance against property market speculation and continue their clampdown on financial risks.