By Dong Zixi and Denise Jia 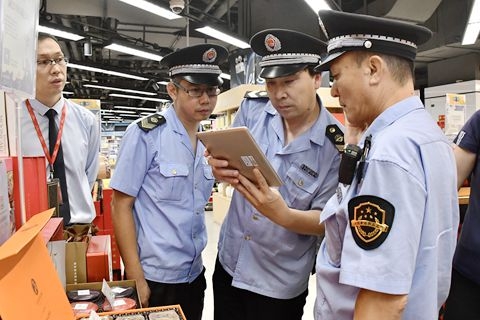 More than a year after a whistleblower led to the exposure of China’s worst vaccine crisis, the government for the first time is making plans to establish a whistleblower system as a measure to improve safety supervision, especially of food and drugs.

A major vaccine scandal last summer involved the injection of hundreds of thousands of children with defective or expired vaccines and eventually led to the arrest of executives of Changchun Changsheng Life Sciences, one of China’s largest vaccine makers. Last July, after being tipped off by a veteran worker, the National Medical Products Administration conducted an inspection and found that the company fabricated production records for 110,000 doses of rabies vaccine.

A guideline issued recently by the State Council on strengthening supervision suggests the establishment of a whistleblower system to reward and strictly protect people who expose serious violations and major risks. Some cities including Shenzhen and Shanghai have already explored whistleblower reward measures.

Based on experience in China and abroad, attractive rewards are an important factor in the success of whistleblower systems, analysts said. After exposing problems at an employer, whistleblowers may find it hard to continue working there or even in the same industry, so without attractive rewards, it would be hard for them to speak up, analysts said.

In addition to the monetary incentives, legal protection for whistleblowers is also necessary, analysts said.

The current protection mechanism for the rights of whistleblowers is not enough, said Wang Boxiao, a researcher at the Center for Coordination and Innovation of Food Safety of Renmin University of China. There is no regulation in place to protect whistleblowers’ privacy information and their rights and dignity after being fired by employers, Wang said.

The government should respond to every tip a whistleblower reports and promptly conduct an investigation, and once verified, the reward should be issued as soon as possible, Wang said.

The whistleblower system will need the support of a complete set of regulations, but not necessarily new legislation such as the Whistleblower Protection Act passed by the U.S. in 1989, he suggested.