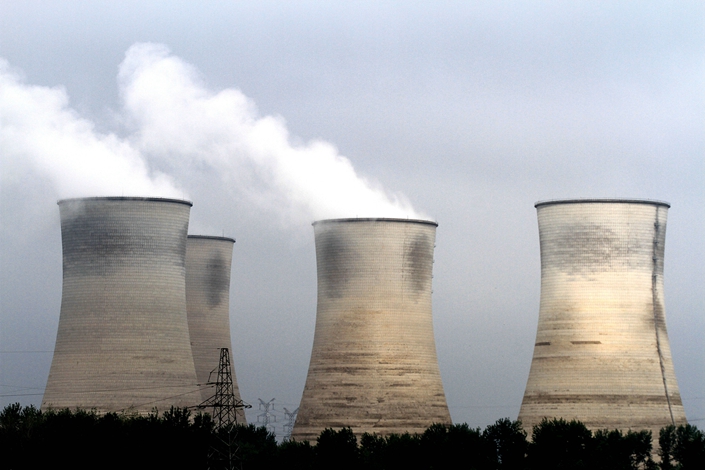 Efforts to reduce greenhouse gas emissions by cities, regions, and companies in China could prevent the equivalent of millions of tons of planet-warming carbon dioxide from entering the atmosphere, helping the country exceed its international climate commitments and mitigate climate change, new research has found.

The study, published Wednesday by the Germany-based research organization the NewClimate Institute, Yale-NUS College-based Data-Driven Lab, and other authors, concludes that initiatives outside the national government could slash China’s greenhouse gas emissions in 2030 by around 50 million tons of carbon dioxide per year beyond what current national policies would achieve.

That amount is roughly equivalent to less than 0.5% of China’s current greenhouse gas emissions, prompting researchers to describe the impact as “moderate.” But integrating local- and company-level emissions-cutting projects into international networks of cities, regions, companies, investors, civil-society actors, and other countries could have a “significantly larger impact,” potentially reducing emissions in 2030 by the equivalent of up to 2.8 billion tons of carbon dioxide per year beyond current policies, researchers said.

The report comes amid increasing concern about global heating and climate change. On Monday, countries will attend a major United Nations climate action summit in New York aiming to ramp up efforts to implement the 2015 Paris Agreement, which commits nations to restricting global temperature rises to “well below” 2 degrees Celsius above pre-industrial levels and pursue a more ambitious target of 1.5 C.

Researchers looked at the impact of individual actors and cooperative projects on both global emissions and individual high-emission countries. They examined 27 cities and two regions of China with a combined population of more than 281 million, as well as more than 550 companies with combined revenue of $410 billion. When overlapping emissions between different entities were discounted, those cities, regions, and companies accounted for roughly the equivalent of 1.4 billion tons of carbon dioxide per year in 2015, the researchers said.

If nurtured fully, such subnational initiatives both in China and worldwide could not only bring countries closer to meeting the Paris targets, but also give them the latitude to shoot for the more ambitious 1.5 C limit on global temperature rise, potentially avoiding millions of deaths, species extinctions, and trillions of dollars in damages, the researchers said.

Emissions governance tends to be more top-down in China compared to other countries, the researchers said. However, the state often delegates the implementation of environmental policy to individual cities and regions, some of which can serve as testing grounds for initiatives with potentially nationwide future applications, such as the country's internal emissions trading scheme.

Local-level emissions-reduction initiatives are “enormously important,” Lauri Myllyvirta, a senior analyst at the Greenpeace Global Air Pollution Unit, told Caixin in an email. He cited the example of several U.S. states that plan to phase out coal-fired power plants by 2025 largely independent of national policy goals, and coal consumption targets set by Chinese provinces that could drive down the country’s coal use in the coming years.

But China must guard against local-level projects that essentially “push” emissions into other areas, Myllyvirta said. “If the main solution is relocating industrial output to lower-income regions and outside the biggest cities, there is little impact on national emissions. To really contribute to reducing emissions nationwide, cities and provinces should aim to produce and use more clean energy and less steel and cement, not just import more coal power and heavy-industry products.”

Key to the success of the Paris Agreement are each country’s nationally determined contributions to reduce greenhouse gas emissions as part of a larger UN convention on climate change. China is on track to meet those pledges, which include ensuring carbon dioxide emissions hit a peak before 2030 and that at least 20% of primary energy consumption comes from non-fossil fuels by the same year. China invests more money in clean energy than any other country and boasts the world’s highest number of jobs in renewable energy, the researchers noted.

But the country’s recent emissions record paints a less rosy picture, they warned. Greenhouse gas emissions have edged higher since plateauing between 2014 and 2016, perhaps because slowing economic growth has prompted the government to fall back on tried-and-tested emissions-intensive industries like coal-fired power plants. The country remains the world’s largest emitter of greenhouse gases.

Systemic challenges continue to outweigh many of the gains made by local-level environmental initiatives in China, said Richard Brubaker, the managing director of Collective Responsibility, a Shanghai-based sustainability-focused consultancy.

“China needs to focus less on creating a clean energy supply, and more on its transition to an economy that needs less energy in absolute terms,” Brubaker told Caixin, adding that increased attention should be paid to building and industrial efficiency.

Climate change activists in more than 130 countries are participating in a global general strike on Friday in what is expected to be the biggest day of climate-related protests in history.

A previous version of this story incorrectly identified the organizations that published the study. They are the NewClimate Institute and Yale-NUS College-based Data-Driven Lab, and others.