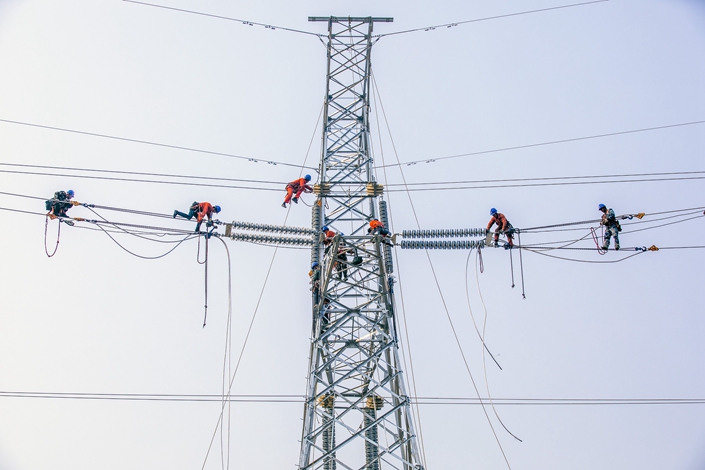 Nearly a year after announcing its intent to bring in outside investors to develop its planned ultra-high-voltage (UHV) grid, China’s main electricity distributor is expected to announce the signing of its first such partnership by the end of this month, a company official said.

Luo Qianyi, chief accountant of State Grid Corp. of China, disclosed the development at a briefing this week, but did not elaborate further.

A source close to State Grid told Caixin the partner is a state-owned entity controlled by the central government. The source, speaking on condition of anonymity because the deal hasn’t been announced, noted the partner was most likely making the investment from non-financial motivations. State-owned firms in China often make such big decisions based on political considerations as much as economic factors, as they try to help the government meet its objectives.

China announced a new plan to build up UHV infrastructure in 2018, including the construction of 12 UHV transmission lines and total investment of more than 200 billion yuan ($28 billion).

UHV technology has been around for decades, but was never successfully brought into large-scale use. It can carry more than 800 kilovolts (kV) on direct current lines and more than 1,000 kV on alternating current ones — several times the capacity of lines used in most of the rest of the world today. Such lines can also cover distances of thousands of kilometers with relatively little electricity loss. The Soviet Union and Brazil experimented with such lines before on a small scale, but State Grid has much bigger plans for the technology.

Following the 2018 announcement, the state planner approved lines from Western China’s Qinghai province to Henan province in the central part of the country; Shaanxi province in Northwest China to Central China’s Hubei province; and from the Yazhong region of Southwest China’s Sichuan province to East China’s Jiangxi province. Construction on the Qinghai-to-Henan line began last November.

Last December, State Grid announced the plan to bring in outside investment to the program as part of Beijing’s broader “mixed ownership reform” aimed at invigorating big state-owned enterprises with private money. But the program has been slow to take off due to the large amounts of investment required and relatively low rates of return.

“We chose a relatively difficult area to promote (mixed-ownership) reform,” Luo said at the briefing this week.