In Depth: The Fight for Dominance in China’s Mobile Payment Market 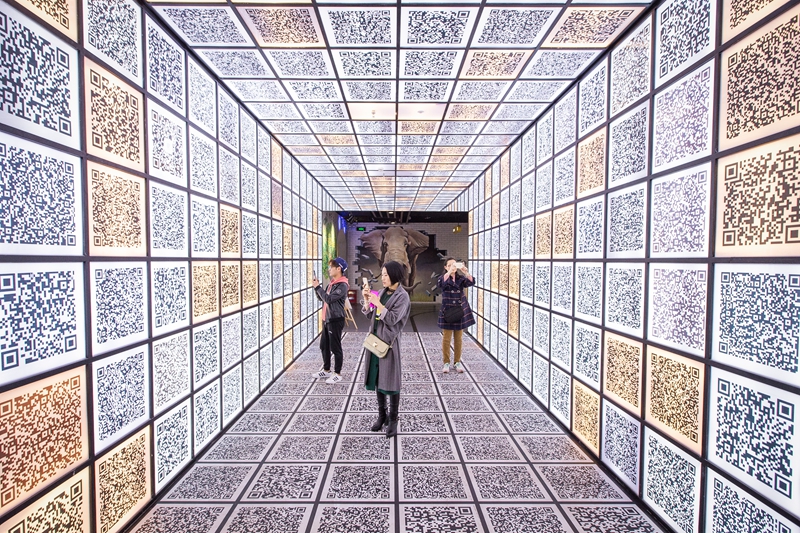 China’s trillion-dollar mobile payment market is bracing for another reshuffle as the central bank rolls out a plan for major changes in a key segment that may erode the long-established dominance of Alibaba Group Holding Ltd. and Tencent Holdings Ltd.

The People’s Bank of China (PBOC) recently issued a three-year plan to build a regulatory framework to unify technology standards and promote interoperability of the quick response code (QR code) payment service. The QR code system allows shoppers to make quick payments by scanning a black-and-white barcode provided by merchants or by asking the business to scan a code generated by a mobile payment app. It is the most prevalent mobile payment option in China, seen everywhere from luxury hotels to street vendors.

Under the plan, by the end of 2021 all merchants will be able to use one universal barcode to facilitate transactions through different payment service providers, including banks, Alibaba’s Alipay and Tencent’s WeChat Pay. Currently, payment providers issue different barcodes that can be used only on their own services.

It will be good news for shop operators as they will no longer need to provide an array of barcodes for different payment options. And customers will save time from making choices.

Smaller payment companies and banks may also benefit because the plan will give their services greater exposure to customers after years of losing market share to leading players, analysts said.

But for market leaders Tencent and Alibaba, a unified barcode means access for rivals to the closely held business territory they gained after years of fierce competition.

QR code-based payments thrived in China over the past decade under loose regulatory oversight. A duopoly was formed over the years by Alipay and WeChat Pay backed by heavy subsidy spending. Alipay and WeChat Pay currently control about 90% of China’s QR code payment market, followed by much smaller rival Quick Pass, developed by the country’s sole bankcard organization, China UnionPay Co. Ltd.

Alipay and WeChat Pay have carefully secured their own territory. While Alipay dominates the payment market for online shopping, WeChat Pay accounts for nearly 80% of the payments made with offline vendors. Each company has sometimes pressed merchants to exclusively provide their payment service to strengthen their business presence and undermine rivals.

The new policy being developed by the PBOC may bring deep changes to the market landscape and “repossess some market space” for other players, said an executive from a smaller payment company.

“The key is how the rules will be set,” the executive said.

But some experts are less optimistic about the new policy, saying regulators may face great challenges to satisfy all parties, especially to win support from Alibaba and Tencent. It took nearly five years for regulators to put through a plan for introducing the new online clearinghouse Net Union Clearing Corp. to take over transaction clearing and settlements from payment companies in its last attempt to reshuffle the online payment market, the experts said.

“Technically, there is no difficulty (to adopt a unified barcode), but if the policy can’t offer any incentives to the two leading players, it will be difficult to carry out,” a senior payment regulatory official said. It will be a test of the boldness and wisdom of regulators, the official said.

Tencent, the biggest player in the offline QR code payment market, has taken steps to deal with the potential policy change. In recent months, the company has stepped up efforts to work with merchants directly and bypass payment service partners — smaller payment enterprises and banks that provide intermediary services linking merchants and WeChat Pay.

Experts said the move reflects Tencent’s attempt to tighten its grip on customers by taking full control of their money flow. A direct cash flow from shoppers’ WeChat Pay accounts to merchants’ accounts will enable Tencent to go around third-party clearing platforms such as UnionPay and Net Union. Such direct flows accounts for 70% of payment transactions handled by rival Alipay.

Regulators have yet to react to Tencent’s move. But “by the end of this year, WeChat Pay will be likely to control enough merchants to bargain with regulators,” the expert said.

A barcode for all

Financial regulators’ effort to create a one-size-fits-all QR code payment method started three years ago. In late 2016, UnionPay partnered with dozens of banks to create a QR code standard that allowed all banks to adopt a unified code for payments. But that standard failed to win support from third-party payment companies.

Duan Litian, a payment technology expert at the central bank, said different QR code payment methods have divided the market and allowed the duopoly to grow. Meanwhile, users are forced to install several apps and open different accounts to use the services.

The central bank has worked out two types of QR code payment technologies — one backed by international bankcard organizations and the other adopted by third-party payment companies led by Alipay and WeChat Pay.

The first technology has won support from banks citing its security level but has been opposed by payment companies as it will require an overhaul of their existing systems.

Small payment companies and banks have long complained that their business space and profit margins were squeezed under the shadow of Alipay and WeChat Pay. Most smaller institutions have acted as intermediaries to help the two leading players process transactions with merchants and earned a 0.2% commission.

Institutions are reluctant to challenge WeChat Pay as customers and merchants both rely heavily on the service, a bank executive said.

“Both Alipay and WeChat Pay are profiting from their market dominance,” an industry expert said.

In late July, former central bank governor Zhou Xiaochuan said in an essay that regulators should prevent a winner-take-all situation in the fintech sector as that would distort the market and create losses that could lead to systemic risks.

In response to questions from Caixin, WeChat Pay and Alipay said they have actively participated in the discussions on unified barcode-based payments and will be prepared for interoperability based on the state standards.

WeChat said it hoped the drafting of the standard will “widely collect industry opinion and take into consideration all parties in the industry.” Alipay said it “is willing to be involved in details and actively embrace regulations.”

WeChat’s recent move to reduce partnerships with intermediaries has stirred controversy. In July the company said it would suspend payment transactions made through intermediaries for risk control reasons while those made directly through its system would not be affected.

The move is seen by analysts as WeChat’s effort to force merchants to link directly with its platform and squeeze previous partners out of its business territory. WeChat Pay has relied on partnerships with smaller rivals and banks to access offline merchants.

WeChat Pay denied it is forcing merchants to directly link with its services, although it said it has suspended services with some merchants that were deemed risky.

By setting up direct links with offline merchants, Tencent will be able to control more merchant resources and gain a competitive edge against Alibaba, analysts said.

Banks are also complaining that WeChat Pay demands merchant customers’ information to go around banks, according to a bank executive.

WeChat Pay’s aggressive move look like déjà vu to many in the payment industry. In the early 1990s, China’s largest bank, the Industrial and Commercial Bank of China, also used its market dominance to force point of sale (POS) terminals to link with its payment system without directing to other banks.

That forced the State Council to order the formation of UnionPay to push forward connectivity of bankcard payments, a move that eventually created the bankcard payment market landscape consisting of card issuers, clearinghouses, intermediary institutions and merchants.

Analysts said a similar pattern should apply in the mobile payment industry in which Net Union plays the role of clearinghouse. But as Alipay and WeChat Pay push forward direct links with merchants, the stability of the system is undermined, they said.

Payment giants’ domination of the business chain will allow them to discriminate against certain institutions and make regulatory oversight difficult, a payment company source said.

“When WeChat Pay controls enough resources of users and their accounts, it will gain pricing power, skirt clearing platforms and create a closed-loop business chain that excludes certain institutions,” a person close to Net Union said. “Eventually, the costs will be transferred to customers.”