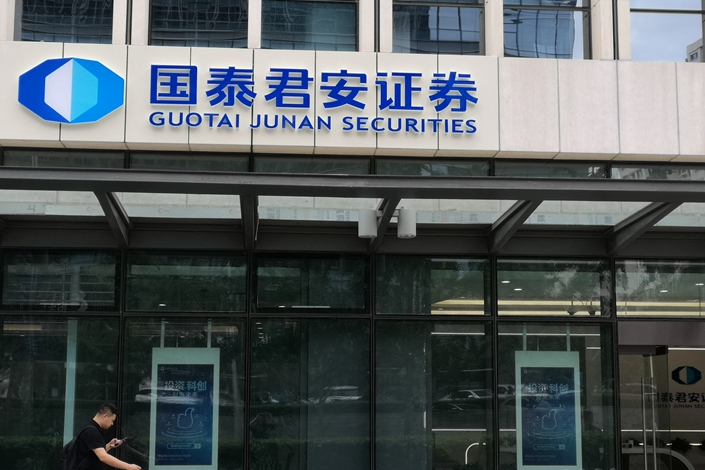 The president of one of China’s biggest insurers is to take the helm at one of its leading brokerages, Caixin has learned.

He Qing, 47, was made Guotai Junan Securities Co. Ltd.’s Communist Party secretary on Monday morning, and will soon be made its chairman, people with knowledge of the matter told Caixin.

A staff member at Pacific Insurance described He as a quick study who can quickly adapt to changing circumstances.

The current chairman of Guotai Junan is Yang Dehong, who took the position in 2015. Caixin was told that Yang chose to leave, though Guotai Junan tried to persuade him to stay. During his term, Guotai Junan went public in Shanghai in June 2015 and listed in Hong Kong in April 2017.

In 2018, Guotai Junan was China’s second-largest securities company in terms of net profit, and the third-largest in terms of operating revenue, according to data (link in Chinese) from the Securities Association of China, a nonprofit organization backed by the securities watchdog.