Pinduoduo to Borrow as Much as $1 Billion in Convertible Debt 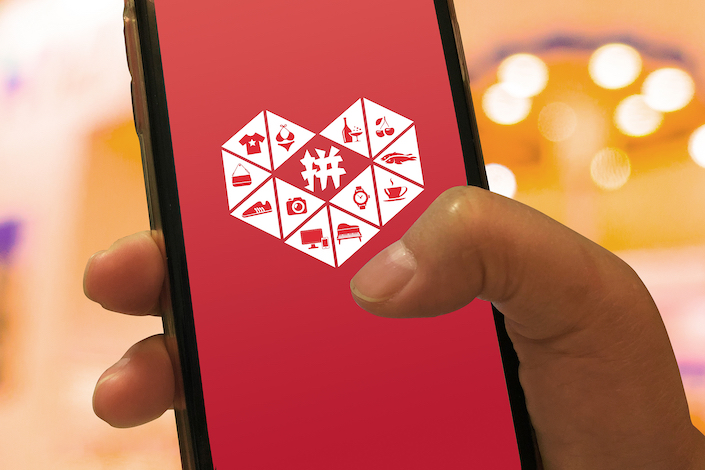 Pinduoduo plans to borrow as much as $1 billion in convertible debt. Photo: VCG

The 4-year-old startup plans to sell $875 million of convertible debt due in 2024, Pinduoduo said Monday. It will use the proceeds for business operations, research and development, and technology infrastructure, it said.

The company intends to grant initial buyers a 13-day option to purchase up to an additional $125 million of the debt, bringing the total offering as high as $1 billion.

The company may not redeem the debt before Oct. 1, 2022. After that date, it may redeem all or part of the notes for cash if its Nasdaq-listed stock price has been at least 130% of the conversion price on each of at least 20 trading days during any 30 consecutive trading day period. It didn’t disclose the interest rate or conversion price.

The redemption clause is rare among Chinese companies. The clause essentially provides the issuer a call option to redeem the convertible bond in advance under certain conditions, which helps to smooth the short-term impact of a convertible bond offering on the stock price but also means the bonds will be issued at a discount. The company didn’t disclose the bond’s issue price.

The debt offering came after a follow-on offering of more than 37 million shares at $25 each in February. In addition, several early investors sold an additional 14.8 million shares. The company raised $1.2 billion from the offering after a $1.6 billion initial public offering last summer.

Pinduoduo is known for offering cheap group deals on consumer products from clothes, electronics and toilet paper to fruits. The cheap prices attracted 366 million monthly active users in the second quarter, behind only industry leader Alibaba. The company says half of Chinese online shoppers use its app.

Pinduoduo spends heavily on marketing, including TV commercials and discounts. The newly released iPhone 11 sells on Pinduoduo for 500 yuan to 900 yuan ($70-$126), cheaper than the official retail prices in Apple stores.

In June, Pinduoduo partnered with some brands to provide 10 billion yuan of discounts to users to keep its prices on certain electronics the lowest among all e-commerce platforms.

In the second quarter ended June 30, Pinduoduo’s sales and marketing expenses were 6.1 billion yuan, or 83% of operating revenue. The high expenses make the company far from profitable. It posted a second-quarter loss of 1 billion yuan.