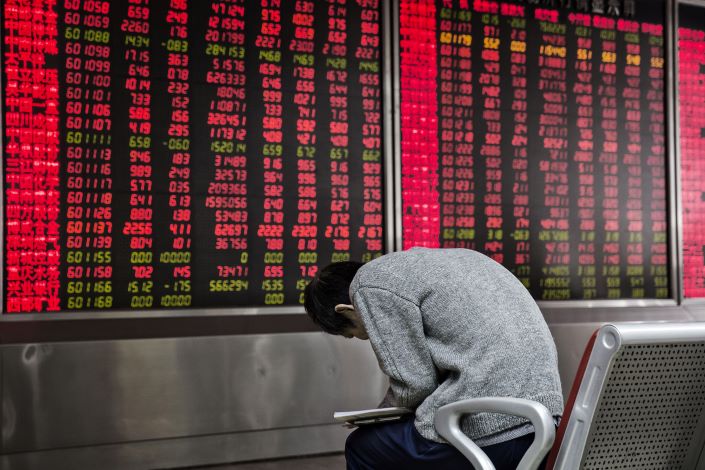 (Bloomberg) — China failed to win inclusion into one of the world’s benchmark bond indexes, as FTSE Russell opted not to follow two competitors in adding the country’s domestic debt.

China will remain on the FTSE Russell’s watchlist, according to a statement Thursday that showed the firm demurred on including it in its flagship World Government Bond Index.

The decision means China could be missing out on $6 billion to $7.5 billion of extra investment inflows a month, according to a previous estimate by Goldman Sachs Group Inc. While still marginal players in the world’s second-biggest bond market, foreign investors have steadily boosted their holdings to record levels as China expanded access and won inclusion in April to the Bloomberg Barclays Global Aggregate bond index.

“It’s a bit of a surprise,” said Mitul Kotecha, senior emerging markets strategist at Toronto-Dominion Bank. “Issues such as the ability to hedge may have played a part. Clearly this will mean that potentially strong inflows will now not be forthcoming, though the fact that China remains on the watchlist means that inclusion may merely be delayed.”

There was no immediate reaction in China’s yuan in offshore trading. It was steady at 7.1277 per dollar as of 8:54 a.m. in Hong Kong.

“To be included to WGBI, FTSE has received feedback from investors that they would like to observe further improvements to bond liquidity, and increased flexibility in FX execution and the settlement of transactions,” Nikki Stefanelli, head of fixed-income index policy, said in an emailed reply to questions. “We see significant progress toward a future upgrade.”

The company said in its statement that further updates will come “as appropriate after the interim review in March 2020.”

While China has made it easier to buy its domestic securities, including through a Bond Connect with Hong Kong, some global fund managers have cited continuing concerns about limited hedging options. Chinese bonds, including its government securities, are also much less liquid than those of other markets — the banks that dominate the market tend to buy and hold the notes.

FTSE also said that Malaysia remains on its watchlist for exclusion from the WGBI. Malaysia has announced a slew of measures to deepen its onshore markets. Analysts had estimated outflows could reach at least $5 billion if the nation was dropped.

“It’s a clear and unambiguous signal that FTSE wants to see more currency reforms that might even include a gradual move” to support the off-shore currency market, said Stephen Innes, an Asia-Pacific market strategist at AxiTrader in Bangkok.

Israel won inclusion to the WGBI, starting in April. There was a “strong consensus” among index users that the country “meets the thresholds of our highest accessibility level,” FTSE said.

Cheap valuations, high dividend yields, and speculation that Romania would be reclassified have pushed the BET Index up almost 30% this year.

Chinese authorities earlier this month scrapped foreign investment limits in bonds and stocks, the latest step to open up the country’s bond market to overseas money. FTSE first added Chinese shares to its indexes in June.

Bloomberg Intelligence strategists Timothy Wee Lee Tan and Jason Lee estimated that inclusion into the WGBI and JPMorgan’s indexes could drive $130 billion into China’s bond market. Overseas investors owned 2 trillion yuan (about $280 billion) of onshore Chinese bonds — just over 2% of the amount outstanding but still the highest level yet — as of August, according to data from ChinaBond and the Shanghai Clearing House.