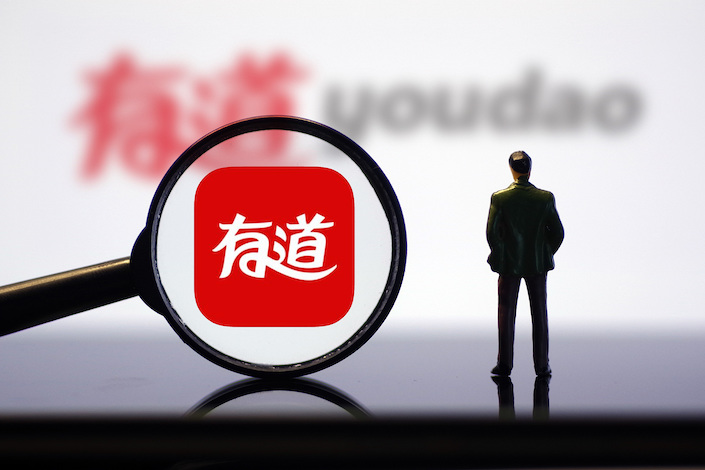 The company plans to raise as much as $300 million in the IPO, the NetEase unit said in its filing Monday, without providing a price range or the number of shares to be offered. Youdao said it intends to list under the symbol “DAO” on the New York Stock Exchange.

Youdao joined 36Kr Holdings Inc., a Chinese website that tracks startup fundraising in the country, in filing for U.S. IPOs this week. So far it’s a down year for Chinese IPOs in the American market, with total 2019 fundraising declining to $2.8 billion from $7.7 billion during the comparable period last year, according to Bloomberg.

Youdao competes in a crowded online education market with many rivals, including New Oriental Education & Technology Group, VIPKid, and iTutorGroup. Consequently, it faces rising teacher costs and narrowing margins. The costs of retaining teachers nearly doubled in the first half to 60.8 million yuan, Youdao disclosed.

NetEase currently owns a 66.2% stake in Youdao. After the IPO, NetEase will remain the controlling shareholder, according to the prospectus. Other investors include MOOC-CN Investment and Legend Capital.

According to its prospectus filed with the SEC, the book value of unprofitable Youdao’s tangible assets is $1.23 a share, and an employee incentive plan estimated a fair value of its shares at $7.26 each.

Founded in 2006, Youdao provides online dictionaries and courses, reporting 100 million monthly average users in the first half of 2019. Because its flagship Youdao Dictionary is free to the public, the company’s main revenue comes from online advertising and courses. During the first half of 2019, advertising revenue rose 82.5% from a year earlier to 234 million yuan ($32.7 million), making up about 43% of the company’s total revenue, according to the filing.

Youdao has been aggressively expanding into the highly competitive online education sector. Its online courses generated 228 million yuan of revenue in the first six months of this year, a 44.5% increase from a year ago.

The NetEase unit also sells smart gadgets, such as a digital dictionary pen and a pocket translator device. Sales of such gadgets nearly tripled in the first half to 43.1 million yuan.

The company has never turned a profit. It recorded a net loss of 168 million yuan in the first half, twice as wide as a year earlier.

Marketing and sales expenses eat up about a third of the company’s revenue. To prepare for the IPO, the company since the second quarter this year has stepped up efforts to gain new users by spending more on marketing.