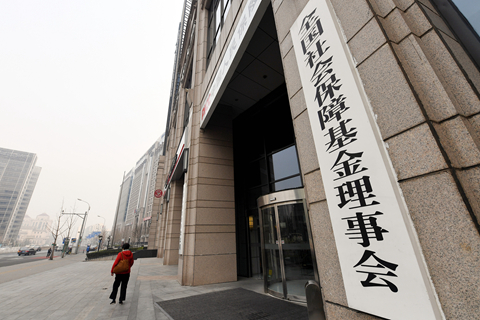 China’s Ministry of Finance is continuing its efforts to boost the country’s creaking pension system by transferring its stakes in financial state-owned enterprises (SOEs) to the social security fund.

Hong Kong- and Shanghai-listed Bank of Communications Co. Ltd., one of China’s five largest state-owned banks by assets, announced on Monday that the finance ministry will transfer 10% of its shares in the bank to the government-backed National Council for Social Security Fund. The shares were worth 10.7 billion yuan ($1.5 billion) at the close that day, according to Caixin calculations.

On Sept. 26, the ministry completed transferring 10% of its stake in The People’s Insurance Company (Group) of China Ltd., one of China’s largest state-owned insurers, to the social security fund, the company said Sunday in a filing (link in Chinese) to the Shanghai Stock Exchange. The equity transfer, initially announced in December, was worth 25.7 billion yuan at the close Monday.

The transfer announcements come soon after Industrial and Commercial Bank of China Ltd. and Agricultural Bank of China Ltd., another two of the “Big Five” state-owned banks, said that the finance ministry will transfer 10% of its stakes in the two lenders, worth around 115 billion yuan in total, to the social security fund.

The main role of the national social security fund is to plug possible pension shortfalls. It is separate from local government-managed social insurance funds and draws most of its funding from dividends paid on equities it controls in SOEs.

The spate of recent transfers shows that the central government is seeking to quicken the rollout of a 2017 policy to transfer 10% of state-held equity in large and midsize SOEs to the fund, in the hope of putting it on a more sustainable financial footing as the country’s population rapidly ages. In March, Lou Jiwei, a former finance minister, told Caixin that the policy’s implementation so far had been “too slow.”

Beijing has been urging state shareholders not to drag their feet on the transfers. In a document (link in Chinese) released last month, the central government declared SOEs it managed should aim to transfer 10% of their state-owned equity by the end of 2019, though the deadline can be extended to the end of 2020 if companies “have difficulties.”

Finance Minister Liu Kun told a press conference (link in Chinese) last week that state shareholders had already transferred equity worth 860 billion yuan from 67 SOEs managed by the central government, including 14 financial ones, to the social security fund.