How to Track Trade Sentiment While China’s Closed 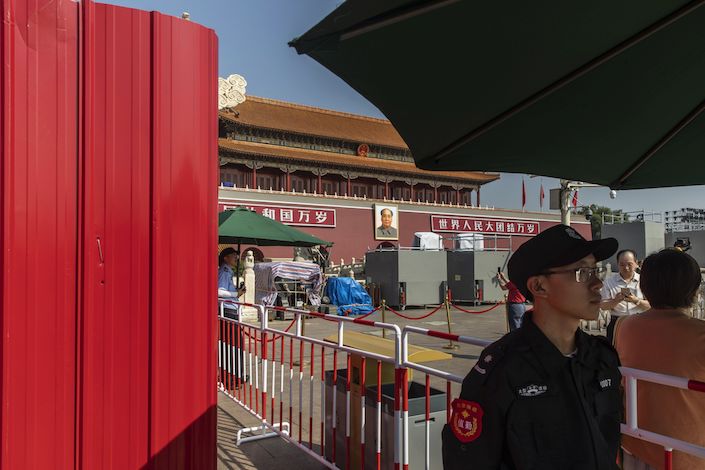 (Bloomberg) — Investors haven’t stopped playing the vagaries of the U.S.-China trade war just because the world’s No. 2 economy shut down to celebrate its 70th birthday. For a glimpse of sentiment on the mainland, they can turn to other emerging markets instead.

It’s all about correlation. China tends to drive assets in the developing world, especially now that the trade battle has magnified swings in sentiment. Beijing’s decision earlier this year to let the yuan slip to the lowest in at least a decade triggered a slump in MSCI’s benchmark currency and equity gauges. The 50-day correlation between MSCI’s currencies index and the offshore yuan is above 60%, historically considered high.

“Although China is away, the crucial issue of the trade war hasn’t vanished and remains on the minds of investors,” said Piotr Matys, a London-based emerging-markets strategist at Rabobank. “If we have some remarks from U.S. officials that would suggest progress is unlikely, then investors are going to use the most liquid EM currencies.”

Nearby currencies with the highest contagion — such as the Taiwanese dollar and Malaysian ringgit — are the most correlated with China’s currency, based on weekly moves during the past 10 years. Yet the South African rand, which is often used as a proxy for broader sentiment, may be another gauge to monitor, according to Matys. Should the yuan weaken, “then other EM currencies will follow,” he said.

Even with China shut down, there’s nothing stopping officials there or in the U.S. from offering up new trade rhetoric. Developing-nation currencies fell this week even after President Donald Trump’s administration played down a Bloomberg report Friday that the White House was weighing limits on U.S. portfolio flows into China.

China reopens Tuesday, and trade developments will almost certainly dominate the headlines, given that China’s chief negotiator Liu He is set to visit the U.S. that week for further talks.

Exchange-traded funds traded in the U.S. can also show investor sentiment while Chinese markets are closed. The iShares MSCI China ETF ― known by its ticker MCHI ― fell as much as 1% Tuesday, the 10th decline in 12 days. Chinese equities seem to drive emerging-market ETFs more broadly, too; the performance of MSCI’s developing-nation gauge is almost identical to one that excludes China.

Emerging-market hard currency debt may be worth watching with China away, according to Damian Sassower, chief emerging-markets credit strategist at Bloomberg Intelligence in New York. He said he expects the Asian nation to maintain its outsized impact on emerging markets, with trade especially important.

Sovereign and corporate issuer revenues are often linked to global growth, which is essentially global trade with China, he said. The spreads of a Bloomberg Barclays index tracking developing-nation hard currency bonds tends to follow China’s five-year CDS, a proxy for the sovereign credit risk, he said.

“It’s much more correlated when you’re talking about the impact of China on EM hard currency debt simply because of the way it trades,” he said. “It’s much more liquid.”