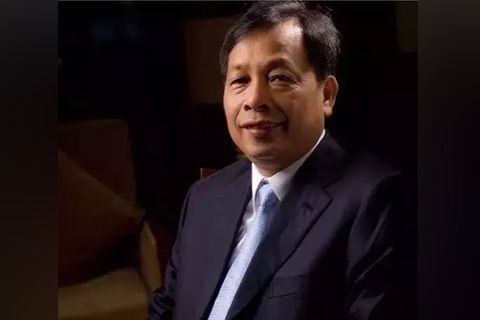 The boss of a Hainan-based building materials company is being probed by authorities, several sources close to the matter said. The investigation is most likely linked with the case of the disgraced party chief of Haikou city, the capital of the southernmost island province, Caixin learned.

Hainan Ruize has yet to issue any statement regarding the matter. Yu Qingchi, the company’s deputy general manager, told Caixin late Tuesday the company hasn’t received any official information about the inquiry involving Zhang Hailin. But Yu said Zhang Hailin remains reachable and is still performing his duties. The company is operating normally, Yu said.

Caixin learned that Zhang Hailin is most likely involved in the investigation of Zhang Qi, a member of the Standing Committee of the Hainan Provincial Committee of the Communist Party and the party chief of Haikou city.

Zhang Qi was placed under investigation for “suspected serious violations of disciplinary rules and laws” in early September, according to the Central Commission for Discipline Inspection, the top graft buster. No further details concerning the investigation have been published by authorities.

Several local sources told Caixin that Zhang Hailin was summoned by authorities early in July. Shortly after that, Zhang Qi’s wife Qian Ling, was taken away by investigators, sparking speculation about Zhang Qi.

Qian has been deeply involved in local property and urban greening projects.

“There are many businessmen surrounding her,” said a person familiar with Qian, who declined to provide a name.

Zhang Qi served as the Communist Party chief of Sanya, a tourism hub in Hainan, between 2014 and 2016 before he was appointed Haikou party chief in late 2016.

In early 2015, Sanya launched massive urban greening projects as part of a national pilot program of city environment restoration. A local businessman said Zhang Hailin’s companies won a number of projects in Sanya at that time.

Several officials involved in Sanya urban development have also fallen under investigation recently, including Wang Tieming, the city’s deputy mayor in charge of urban planning and construction, and Tian Wenquan, a former director of Sanya’s bureau of parks and environmental sanitation.

At a meeting following Zhang Qi’s downfall, Hainan party chief Liu Xigui warned officials in the province to enhance self discipline and never use local projects in exchange for personal favors.

Zhang Hailin owns 13.05% of Hainan Ruize, which runs businesses from cement sales to gardening to urban sanitation services. His brother and brother-in-law own a combined 16.8% of the company and act as connected parties.