Editorial: How to Respond to a Self-Inflicted Recession 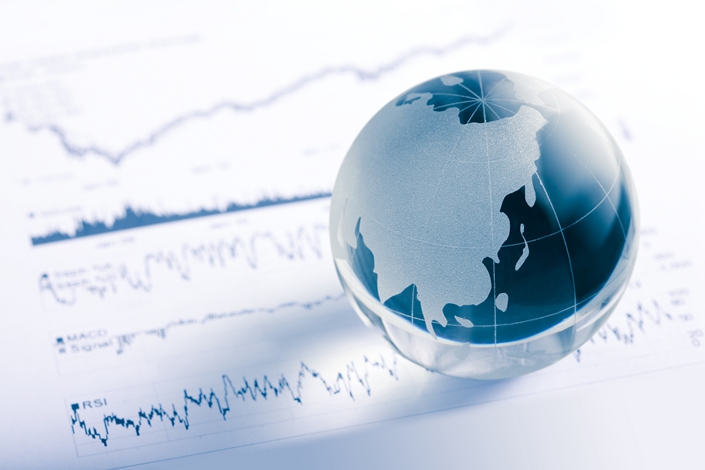 Global economic growth is expected to decline, and the risk of recession is rising. In her first speech as managing director of the International Monetary Fund, Kristalina Georgieva called on the world to take concerted policy measures to deal with this. In particular, she eloquently warned against the negative impacts of trade disputes on the global economy. Exactly what can be done to “coordinate” responses to the risks? How should China act?

Over the past few months, global economic growth expectations have continued to deteriorate. The IMF predicts that in 2019, nearly 90% of economic growth will slow and global growth will fall to its lowest level since the beginning of this century. Important economies such as China, the European Union, Japan, and South Korea are experiencing downward growth. U.S. economic growth data seems exceptional but is actually facing recession anxiety. One sign is that the yield curve of long- and short-term U.S. Treasury bonds appears “inverted.” As with monthly gains and losses, the economic cycle is not surprising. However, unlike the global financial crisis a decade ago, many people point out that this possible recession is largely self-inflicted. In recent years, resistance to globalization, the rise of populism, and the rise of trade protectionism have contributed to the isolation of countries that worked together during the last crisis. These factors have seriously weakened the endogenous power of the global economy. It can be said that the current global economic recession is the price of a series of negative phenomena for countries in the post-financial crisis era.

Mankind has a rich historical memory of economic recessions. The Great Depression was remembered for its tragic consequence of inducing World War II. To some extent, the Great Depression was also self-inflicted. The U.S. Congress passed the Smoot-Hawley Tariff Act, which imposed high tariffs on foreign goods, triggered retaliation from other countries, severely hit international trade, and eventually dragged the United States and the global economy into the abyss. This proves that doing harm to others cannot benefit oneself. This is precisely the lesson in 2008 when the global financial crisis broke out. Seven of the world’s major central banks simultaneously cut interest rates, coordinated actions by countries including China, and tried to curb the global economic downturn by adopting expansionary fiscal policies and other measures. Both positive and negative experiences have inspired the world that countries must work together to cope with possible recessions.

However, not everyone appears to have a clear understanding of this. The escalating China-U.S. trade war launched by the United States has cast a shadow on the global economy. In her speech, Georgieva revealed that the IMF’s latest estimates that the China-U.S. trade conflict could cause a loss of $700 billion by 2020, equivalent to 0.8% of global GDP. This proves yet again that there are no winners in the trade war. Good advice may be unpleasant to hear, but perhaps only a real recession can make countries reflect on what they have done. Then the world can return to the state of concerted, common efforts of 10 years ago. If this is the case, the international community will have paid too high a price for an avoidable enlightenment. If we fall into recession and don’t know how to reflect, blame each other for fueling the fire, and make things worse, then we do not know the depths of the impact on the world economy. At present, insightful people have put forward good suggestions based on common sense and rationality, but they generally have a sense of powerlessness when it comes to speeding up WTO reform and ending the China-U.S. trade war. However, in the end, the situation is stronger than the people. More and more countries will wake up to the consequences of a global economic recession, coming out one after another, which will place greater and greater pressure on the unenlightened countries.

As the world’s second-largest economy and a party to the China-U.S. trade war, what should China do? It should be acknowledged that this trade conflict has had a negative impact on China’s economy. In the face of the possible future global recession, China cannot stand alone. It is worth affirming that in dealing with trade conflicts, the Chinese government has always been based on doing its own thing well, which in essence is making efforts to deepen domestic structural reform and accelerating all-around opening-up. The measures to expand the opening-up of the financial industry have attracted special attention. It is imperative that these new initiatives take effect as soon as possible. Potential policy effects are racing against a potential recession. Additionally, we should pay attention to risk prevention while maintaining steady growth. At present, special debt has gained unprecedented weight. Next year’s quota has been issued ahead of schedule and the scope of its use has been clearly expanded, showing the flexibility and foresight of the policy. However, the relevant departments require local reporting projects to come “the sooner the better,” which cannot help but raise alarms for the risks involved in implementing the policy.

China should also actively build and protect the open-mindedness and inclusive spirit of its citizens and have the vision necessary for building a “community of common destiny.” This appears to have nothing to do with the economy, but it is closely related. Mentality is reflected in all aspects, words, and deeds, which will naturally affect the implementation of such policies such as opening to the outside world. Faced with the prospect of a global economic recession, if officials at all levels breed the idea that China is “strong” and that opening to the outside world is out of “compassion,” then how can relevant policies land effectively? Nowadays, many scholars warn of the signs of accelerating outward transfer of domestic industries. With the improvement of China’s development level, the transfer is in line with economic law, but a narrow mindset will force foreign capital to quicken its withdrawal from China.

Strengthening mutual political trust and economic and trade cooperation is the way for countries to cope with the global economic recession. A new round of high-level trade negotiations between China and the United States was held on Oct. 10 and 11. As Vice Premier Liu He said in the United States, “it’s the world’s common expectation that the trade war will be stopped.” People are looking forward to an agreement between China and the U.S. to stop the self-inflected recession before it is too late and to lead the global economy out of the fatigue of the post-financial crisis era to once again find prosperity.