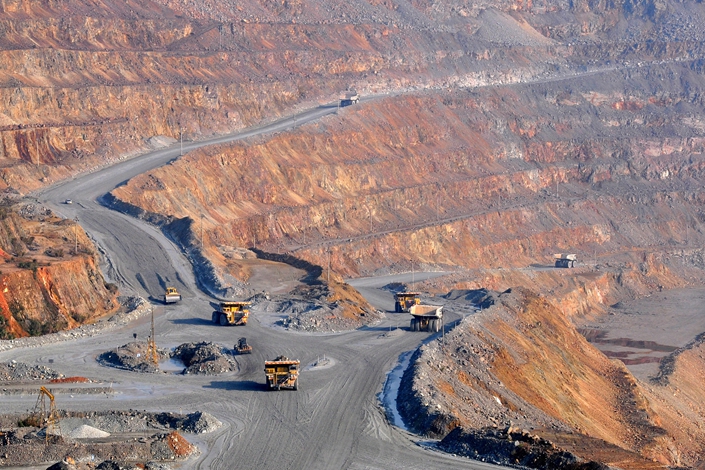 Chinese mining company Jiangxi Copper denied involvement in the recent open-market purchase by one of its affiliates of a major stake in a Canadian rival, even as analysts said the move could be aimed at getting better access to the mining assets of First Quantum Minerals.

Jiangxi Copper Co. Ltd. announced late Friday that its 45%-owned affiliate, Pangaea Investment Ltd., had purchased 10.8% of the Toronto-listed shares of Canada’s First Quantum Minerals Ltd. A Pangaea official confirmed to Caixin that the shares were purchased on the open market. Jiangxi Copper said that a derivative contract further entitles Pangaea to buy additional shares that could bring its stake in the Canadian miner to about 16.6%.

The 16.6% stake would be worth about C$1.26 billion ($961 million) based on First Quantum’s latest closing price, which included a jump of about 10% last Thursday after word of the purchase first entered the market.

First Quantum has nine copper development projects in eight countries, including Zambia, Panama and Peru, according to Jiangxi Copper’s announcement. The Canadian company confirmed last month that it was in discussions with Jiangxi Copper about “a potential sale of a minority interest in First Quantum’s Zambian copper assets,” but did not provide any further details.

Analysts said that the stock purchase by Pangaea could be designed to give Jiangxi Copper more leverage in attaining access to some of First Quantum’s assets, though they doubted the Canadian company would be willing to give up such assets.