Opinion: Trump Tariffs Will Be Back Regardless of China-U.S. Trade Deal 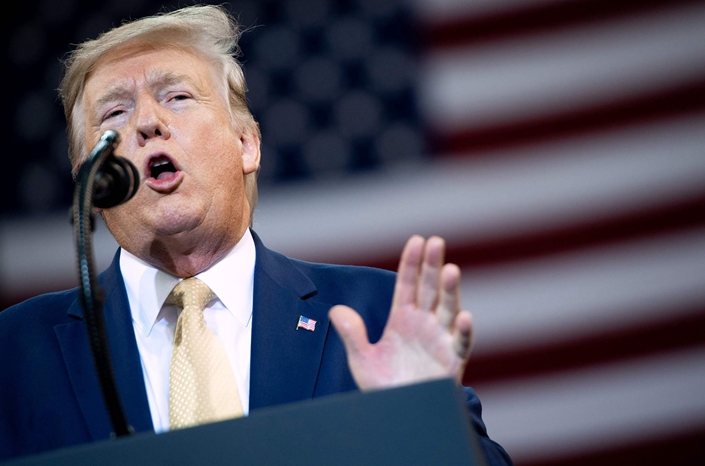 On Oct. 11, the U.S. and China announced progress on their bilateral trade negotiation. Chinese readers will have a sense of how this agreement looks from the vantage point of Beijing. In this column I provide a sense of how it looks to a resident of the United States — albeit one 3,000 miles (4,828 kilometers) away, both physically and intellectually, from the White House.

The fundamental question is whether this is “a very substantial phase one deal,” as President Donald Trump put it, or just an agreement to keep talking. To my eyes, the “breakthrough” looks more cosmetic than real. It does not look as if China was forced to make substantial new concessions in order to obtain it.

The Chinese side agreed to import $40 billion to $50 billion of additional agricultural products, allowing Trump to claim that he had addressed the concerns of U.S. farmers. But China had agreed to make these additional purchases before. Given shortages of pork and pork feed, doing so is very much in the country’s interest.

Second, China agreed to provide greater access to its market for foreign financial-services firms. But this offer, too, had made before. Again, extending it is in China’s interest. It is consistent with ongoing efforts to open up and develop Chinese financial markets.

Finally, China agreed to discuss its currency management practices, once again repeating a previous offer. The White House is concerned that China undervalues to yuan in order to enhance the competitiveness of its exports. In addition, Trump’s trade negotiators worry that China may depreciate the yuan further to offset the impact of U.S. tariffs. That’s what the U.S. Treasury’s designation of China as a currency manipulator is all about.

Discussions are harmless. But there is a great gulf between discussions and an agreement on how the yuan should be managed, specifically against the dollar. Exchange rates fluctuate for good reasons. A country’s currency weakens when domestic demand weakens, making it necessary to export more in order to limit the slowdown in growth. Conversely, it strengthens when domestic demand strengthens and growth accelerates.

The U.S. concession was to delay the increase in tariffs on $250 billion of imports, scheduled to take place on Oct. 15, until later in the year. But existing tariffs remain in place. And there was no announcement of a delay in the further tariffs scheduled for Dec. 15.

So this is really little more than an agreement to keep talking. What is the likelihood of more substantial progress in phase two, between now and the end of the year, and phase three, early next year?

There is still no visible movement on the technology transfer and national security issues of concern to the United States. China has no appetite for making concessions on government support for strategic industries and state-owned enterprises. It is not going to fundamentally alter its economic development strategy in response to U.S. demands. Huawei is still banned from doing business in the United States, and the recent blacklisting of other Chinese high-tech companies is still in place.

What are the negotiating strategies of the two sides going forward? It is not clear that the White House has a strategy. On the one hand, Trump would like to be able to announce an agreement. The stock market would react positively. If trade-related uncertainty died down, business investment and, with it, U.S. economic growth would pick up. Trump could simply ignore China’s reluctance to change its technology-transfer and strategic-industry policies and declare that he had reached “the greatest trade agreement in the history of the world.”

On the other hand, Trump really is a “tariff man.” His embrace of tariffs long predates his presidency. When something angers him, tariffs are his first resort. No sooner had he reached an agreement with Canada and Mexico on revising NAFTA, for example, than a surge of immigration caused him to again threaten Mexico with tariffs. This suggests that trade-related uncertainty is not going away. Even if Trump announces “the greatest trade agreement in the history of the world,” his tariffs will be back, given that the larger geopolitical rivalry between the U.S. and China is not going away.

The Chinese side is likely to continue making reassuring noises in an effort to limit further increases in U.S. tariffs. But fundamental changes in Chinese policy are not in the cards. China is a very old country. It is an ancient civilization. It can afford to wait a year and a half, when the U.S. may well have a new president with whom it can reliably negotiate, before truly committing to “the art of the deal.”

Barry Eichengreen is George C. Pardee and Helen N. Pardee Professor of Economics and Political Science at University of California, Berkeley. The article was first published on Monday by Caixin Weekly.